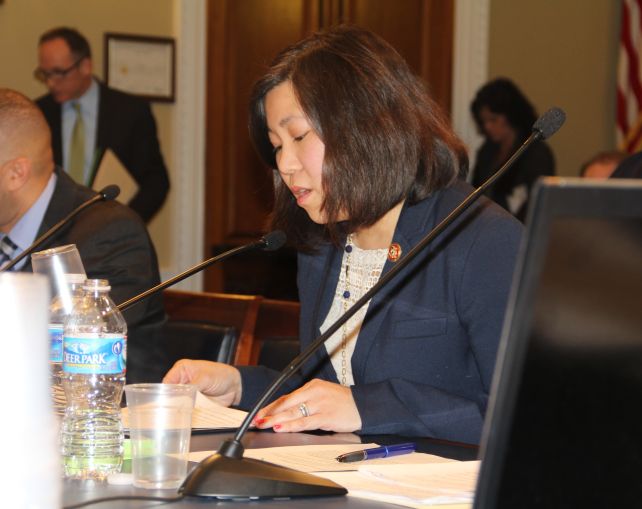 Congresswoman Grace Meng, a Democrat whose district spans parts of west, central and northeast Queens, introduced a bill Tuesday that would enshrine a permanent tax incentive for property owners who make improvements to shops and restaurants.

The bill, entitled the “Tax Equality for Entrepreneurs Act,” would set in stone an increased tax break that Congress passed as part of a small business aid bill President Obama signed in 2010, but Ms. Meng said that the write-off or accelerated depreciation period for building owners who spruce up retail properties had expired at the start of the year amid the larger Washington conversation around tax reform.

“We’re basically just restoring a tax deduction for property owners, and this is nothing new,” Ms. Meng said in an interview with Commercial Observer. “These savings would be passed down from property owners to small business owners.”

The 2010 change broadened a benefit to owners of land and buildings that had previously only applied to other types of property which gives the owners the option of writing off covered property facelifts expenses immediately or depreciating them over a 15-year period. Congress passed extensions of the credit for 2012 and 2013, but the credit expired on Jan. 1, Ms. Meng said.

“This could just be a local property owner renting out their property to an Irish pub,” said Ms. Meng. “They’re able to then create more jobs and invest in their community.”

The legislation earned an endorsement from officials at the Real Estate Board of New York.

Ms. Meng said she didn’t know the potential budgetary cost of the tax change, and the Congressional Budget Office hasn’t yet released any cost estimates of the new bill.