So They Say: Jeb Bush Talks Housing Market … And Running for President 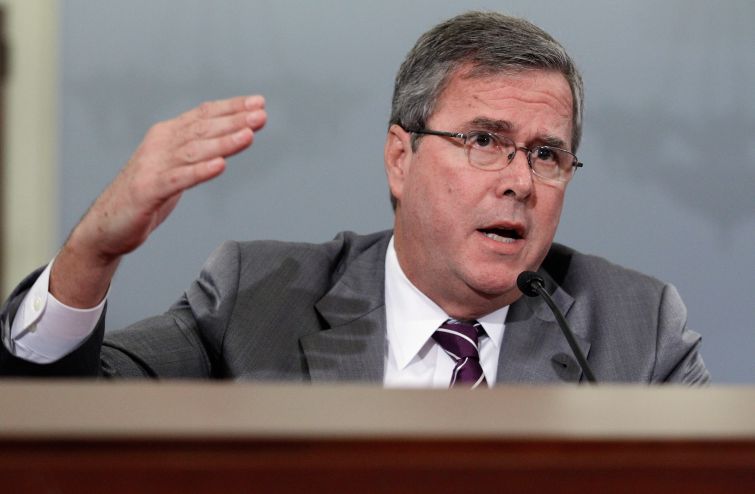 John Ellis “Jeb” Bush appears to be flirting with the idea of becoming the third Bush to lead the country, in 2016. The son of former president George H.W. Bush and the brother of former president George W. Bush told attendees at a Catholic charity event in New York this month that he’s “thinking about running for president,” according to reports. Mortgage Observer looks back at some notable quotes from the 61-year-old Midland, Tex. native.

“It’s an act of love. It’s an act of commitment to your family. I honestly think that that is a different kind of crime. There should be a price paid, but it shouldn’t rile people up that people are actually coming to this country to provide for their families.”

“So, Mr. President, it is time to stop blaming your predecessor for your failed economic policies.

“You were dealt a tough hand, but your policies have not worked. In the fourth year of your presidency, a real leader would accept responsibility for his actions, and you haven’t done it.”

“The problem that got us into this mess was the real estate problem, but there is very little going on to solve the real estate problems. Who better to advocate a policy to get us out of this mess? Why not defend your positions in the marketplace of ideas? Business has gotten way too timid. The natural inclination is to cower. I would encourage you to stand up.”

—October 2011 remarks at the MBA’s annual conference in Chicago