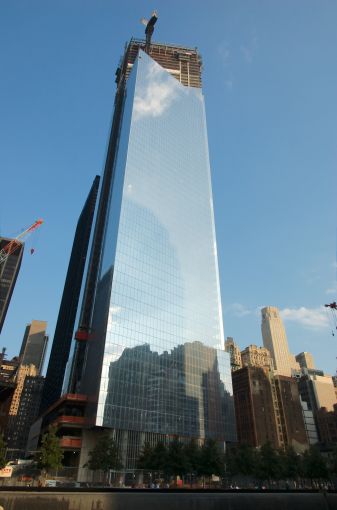 CBRE is nearing a deal to relocate MediaMath from Midtown to 4 World Trade Center, marking the first private-sector tenant for the Financial District building.

Commercial Observer has come into some documents that suggest MediaMath, a digital media buying platform, is in discussions to receive $5 million in incentives from New York City’s Economic Development Corporation and Empire State Development. Susan Harte, director of location incentives for the New York tri-state region at CBRE, is advising MediaMath on the incentives.

Mary Ann Tighe, CEO of the tri-state region, revealed to CO that the building was getting a private-sector tenant at the May 6 Real Estate Board of New York‘s “Most Ingenious Deal of the Year Awards,” but wouldn’t divulge who. She declined to comment today, saying the deal is not done.

According to Crain’s, which first broke news of the deal, New York-based MediaMath is taking as much as 120,000 square feet in Port Authority of New York and New Jersey’s 2.3-million-square-foot building. Rents in the building range from the $70s to the $80s per square foot, the publication said.