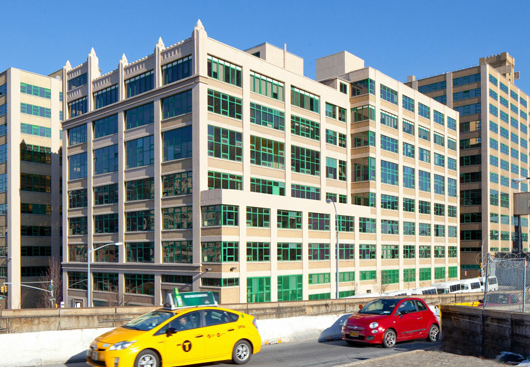 Online shopping site Etsy has signed a 200,000-square-foot lease to anchor the Dumbo Heights development in Brooklyn. The company is expected to relocate its headquarters to space at 117 Adams Street and 55 Prospect Street by 2016.

Etsy’s space will be divided between 172,000 square feet at 117 Adams Street and 26,500 square feet in an adjacent building at 55 Prospect Street, according to an announcement from the tenant’s brokers. The two units are connected via a sky bridge.

Dumbo Heights, a portfolio of properties formerly owned by Watchtower Bible and Tract Society of New York, was acquired last year by Kushner Companies, RFR Realty, Invesco and LIVWRK Holdings, and is being developed into an office destination for technology and creative companies.

“Etsy was founded in New York, and we’re excited to commit to our future here. New York is where creativity and commerce come together,” Chad Dickerson, chief executive of Etsy, said in a prepared statement. “It couldn’t be a more natural home for Etsy and for the burgeoning technology industry.”

Founded in Brooklyn approximately nine years ago, Etsy is currently based at Two Trees-owned 55 Washington Street in Dumbo. Previously, the company operated out of 325 Gold Street.

“After launching in Brooklyn nearly nine years ago, Etsy continues to thrive, offering an exciting technology platform that empowers tens of thousands of New York State businesses and individuals,” Governor Andrew Cuomo said in a statement. “It is great news to see a New York based company like Etsy continue to expand here, helped in part by the competitive resources the State offers to drive economic growth and keep these jobs here in our communities.”

Jared Kushner, the chief executive officer of Kushner Companies, is the owner of Observer Media Group, which publishes Commercial Observer.