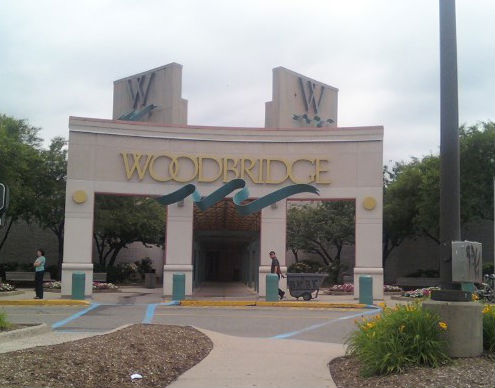 The majority of real estate leaders—from owners and developers to lenders—all agree that New York City is under retailed. As I reported last year, the Big Apple is the No. 1 retail location in the world and a place where major retailers open their flagship stores and in many instances record the highest revenue of any of their locations nationally.

“One of the preferred assets to finance in the current market is credit-tenant retail sites,” said Ronnie Levine, a managing director at Meridian Capital Group. “Nearly every lender in the market, as well as Wall Street, commercial and savings banks and the life insurance companies, are eager to provide financing at record-low rates.”

But there are challenges when it comes to making retail projects financially feasible.

“The retail market has been extremely strong in the city,” said Shawn Rosenthal, an executive vice president in the debt and structured finance group at CBRE. “Lenders have noticed and are aggressively chasing the product. Yet the challenge on financing of these assets, quite frankly, has been the super aggressive 3 and 4 cap rates at which the assets trade, sometimes limiting financing leverage to 50 to 60 percent.”

Another active player in retail financing has been New York Community Bank, which earlier in the year financed a four-story, 100,000-square- foot retail center at the corner of 125th Street and Frederick Douglass Boulevard. The center is anchored by a 30,000-square-foot Designer Shoe Warehouse and includes the city’s first Joe’s Crab Shack, as well as Blink gym and a Capital One branch.

“While the bank’s primary lending focus has and continues to be its multifamily lending platform, we recognize that there are other property types such as retail that perform just as well and offer minimal lending risk when underwritten properly,” John Adams, a first senior vice president with the bank, told Mortgage Observer.

New York Community Bank also recently closed on a loan backed by a retail strip in the West Village on Bleecker Street, as well as a retail condominium on West 57th Street.

Still, lenders have reservations regarding the rents required for transition properties, which are properties acquired for prices that currently do not justify the amount of a mortgage request. These properties, which currently have tenants paying below-market rents, have been acquired where the buyer intends to purchase the existing lease of a tenant or wait for the tenant to vacate at the end of the lease term. In many of these instances, the properties have been acquired for very low cap rates and very high prices per square foot.

But when the mortgage requests justify the amount, a developer can turn a retail project into upside quickly. A prime example would be SL Green Realty and Jeff Sutton’s request for financing at 650 Fifth Avenue. The pair acquired the 49-year leasehold interest in the retail portion of the Midtown property recently. As reported in Commercial Observer, the deal includes control of the building’s basement, ground-level and second- and third-floor retail space. The current tenant roster includes Juicy Couture, Godiva Chocolate and Devon & Blakely.

After they acquired the property, the joint venture bought out the below-market lease of Juicy Couture so that they can secure a new (higher-paying) retailer in the nearly 30,000 square feet of space. While industry leaders are confident that the joint venture will be able to secure such a tenant for the property, currently and until the new tenant is in place, the property does not have the cash flow to secure the mortgage in transition.