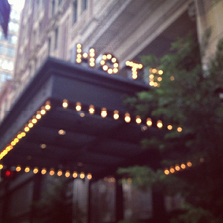 GFI Capital Resources is close to sealing a deal with the Ace Hotel to open a new lodge under its brand a few blocks away from the Barclays Center in Downtown Brooklyn, Commercial Observer has learned.

Allen Gross, president and CEO of GFI Capital Resources, has nabbed a number of parcels on Bond Street, at the corner of Schermerhorn Street, in an off-market deal, and hopes to bring a trendy Ace Hotel to the site, sources with knowledge of the deal told CO. His equity partner in the deal was Spruce Capital, which now owns a majority stake in the development site.

“We think there’s still a lot of room in the market for additional hotels especially brands like Ace that come with a hospitality and nightlife component,” said Tucker Reed, president of the Downtown Brooklyn Partnership.

A hospitality specialist said the location is perfect for an Ace because of its proximity to the Barclays Center.

An active hotel developer, Mr. Gross is a partner in the Ace Hotel New York, at 20 West 29th Street.