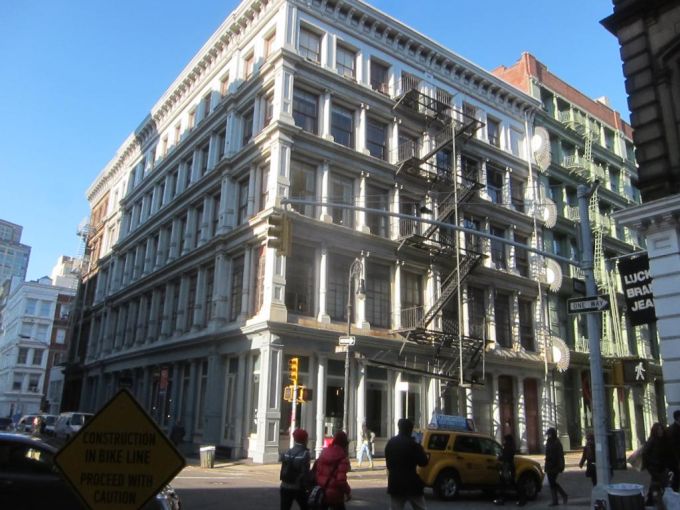 The owners recently paid for capital improvements on the five-story property, including new building systems and new lobby space. Those upgrades were completed in late 2013.

The attention grabbing British tabloid signed a four-year lease for 5,200 square feet at 42 Greene Street in February 2011 and opened its first New York office on the 4th floor to house its U.S. website team. The online tabloid later expanded down to the 3rd floor and is now getting ready to relocate to a glassier office building at 51 Astor Place in the upcoming months, the New York Observer reported this March.

Rents in the area have climbed within the past few years. Asking rent for the available space in the buildings, which were developed in 1900, is $85 a square foot, according to CoStar. Zar Property declined to comment.

Zar Property bought 42-50 Greene Street and 90 Grand Street from D&R Realty Corp. for $49 million in May 2008, part of a portfolio of properties. Commerce Bank financed the acquisition with a $40 million loan, according to public records.