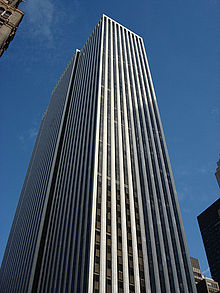 York Capital Management has signed a long-term renewal and expansion at the General Motors Building at 767 Fifth Avenue.

The investment management firm, a 10-year tenant in the building, occupies the entire 17th floor and a portion of the 21st floor and will supplement its existing footprint with a 7,179-square-foot sublease from law firm Weil, Gotshal & Manges on 23rd floor. The firm will now occupy a total of to 53,445 square feet at the trophy tower.

“This transaction enables York Capital Management to maintain its presence at the GM Building and accommodate the firm’s growth in New York City,” L. Craig Lemle, a senior managing director at Studley, who represented the tenant, said in a prepared statement.

Asking rent for space in the GM Building ranges from $125 to $225 per square foot, according to Crain’s New York Business, which first reported the lease.

The landlord, Boston Properties, was represented in-house by Andy Levin and Adam Frazier.

Founded in 1991, York Capital Management today boasts over $21 billion in assets under management. The firm also operates offices in London and Hong Kong.