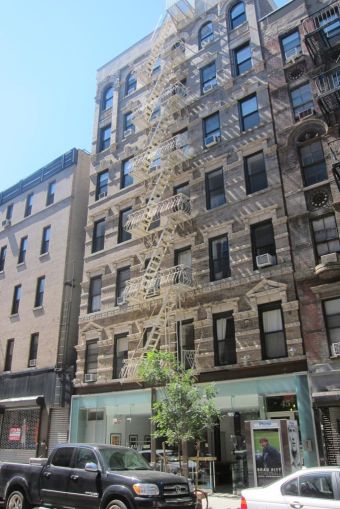 The 15,900-square-foot, seven-story building (plus mezzanine) Lower East Side building at 43-45 Orchard Street between Hester and Grand Streets, which is home to surf apparel store Lost Weekend, was purchased for $16.1 million, according to property records. The sale closed on March 14 and appeared in public records today.

“There’s not much to do,” said Michael DeCheser of Massy Knakal Realty Services, who marketed the listing along with James Nelson and Robert Burton. “It was fully renovated. It’s free market. It’s not a reposition. It’s a very high quality elevator asset.”

A late-March press release from Massey Knakal indicated the deal was paid in all cash.

The building has 13 apartments and Mr. DeCheser said it was 100 percent occupied. Monthly rents range from $3,950 to $8,400, according to marketing materials for the property. Lost Weekend, a retail store specializing in coffee, surf apparel and accessories, occupies 700 square feet, the materials say, and pays a monthly rent of $4,000.

Thomas Guss at New York Residence represented the buyer. Mr. Guss would only identify the buyer, listed in property records as Orchard 45 LLC, as a European investor.

“Orchard Street is increasing in value nicely,” Mr. Guss said. “Just last year 18 restaurants opened on Orchard Street alone. My client believes this is something that will continue and will make the area even more valuable than it is already.” He added: “It’s a beautifully maintained rental building in good shape.”

Mr. Guss said the buyer loves Lost Weekend, which has time left on its lease.

Update: This story was edited to include a comment from the buyer’s broker and to clarify the identity of the seller.