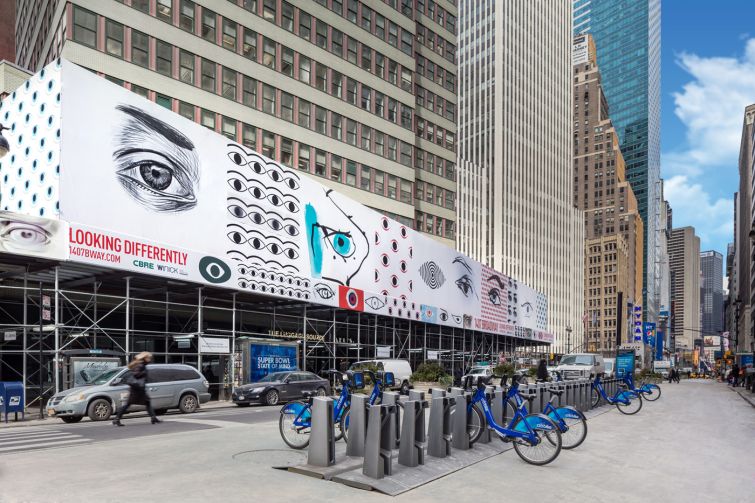 As The Lightstone Group continues its repositioning of the Garment Center building, 1407 Broadway, the owner will be holding an ideas competition starting April 2, Commercial Observer has learned. The prizes: $14,000 for the winner and $3,000 for the three runners-up.

Space Forward: Ideas Competition calls for designers and any other creative folks to create the ideal work environment in the office tower between 38th and 39th Streets. The idea behind the competition is to “foster an environment that sparks creativity and collaboration through the building’s new office spaces, amenities and creative tenant mix,” according to information from Lightstone.

“This approach captures the essence of how we are seeking to reposition 1407 Broadway,” said Mitchell Hochberg, president of Lightstone, in a prepared statement. “Broadway in Midtown has really transformed into an active office corridor and we think the planned renovations will make 1407 Broadway highly attractive to the tech, media and creative businesses that are moving north.”

To that end, Startup accelerator company Techstars signed a lease for the entire 13,719-square-foot 24th floor in the building, relocating from 36 Cooper Square.

The contest will be launching via a new website, which is not operational yet, www.1407bway.com/competition, and digital media campaign. The contest is open to anyone.

CBRE is the exclusive leasing agent for the office space and Winick Realty Group is marketing the 22,000-square-foot big-box retail space at the site.

The 1.1-million-square-foot building is undergoing a complete renovation, including an upgrade of the lobby and retail façade, as Commercial Observer previously reported, and the hiring of branding partner CO OP.