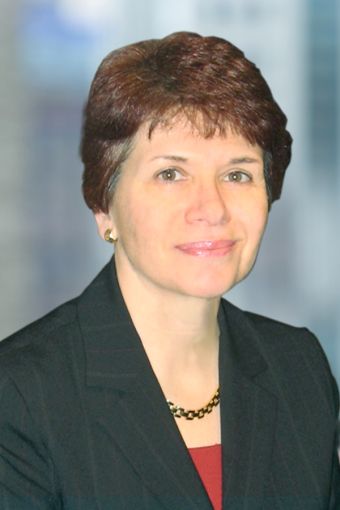 Accounting for interest rate swaps by private companies is simplifying, but those real estate companies set to adopt new standards are being warned by some accountants: Buyer, beware.

Until recently, that process required prohibitive reporting standards, which, among other stipulations, necessitated that private companies prove the effectiveness of the swap and report the derivative at fair value rather than settlement value.

But last month, the Financial Accounting Standards Board, advised by the Private Company Council it created in 2013, issued an update to generally accepted accounting principles for private companies. That update has simplified the hedge accounting approach and allows companies to assume no ineffectiveness of a hedge and measure the swap at settlement value.

The change, which is effective for annual periods after Dec. 15 of this year, has been met with a largely supportive response from the accounting community. Not only does it streamline the accounting process, it also improves cost effectiveness.

“Simplification is good. You don’t have to show the fair value of the swap, so you don’t have to pay an expert to get an assessment. It also saves on bookkeeping costs,” said Christopher Dubrowski, the director of professional practice, real estate, at Deloitte & Touche LLP.

But in New York real estate, where acquisition loans can be significantly larger and more complex than in the rest of the country, there are caveats to the good news.

“It is good for private companies, but buyer, beware,” warned Grace Singer, an audit partner at Berdon.

Issues can stem from a variety of corners, including loan securitization, public partnerships and the specter of an initial public offering.

“One of the problems is securitizations,” Ms. Singer said. “A lot more loans around here are being securitized by the lenders, and if your loan makes up more than 20 percent of the securitization, you’re subject to public S.E.C. disclosure rules.”

Accountants stress that real estate companies need to check with lenders to ensure that loans are not going to be included in a securitization. Indeed, a source familiar with the FASB update procedure, who declined to be named due to his role in the FASB discussions, told Commercial Observer that if a large private company expects a loan might be securitized, it would be advisable to forgo the updated approach.

“You need to look at loan documents to see if there is a securitization clause,” Ms. Singer said.

Similarly, if a private company is considering going public in the short term, it would be wise not to adopt the updated accounting standards, largely because the Securities and Exchange Commission has not collaborated with FASB on a transition period from one accounting standard to another. The S.E.C. did not immediately return a request seeking comment.

One source told Commercial Observer that if a company is going public in the next one to two years, it would be advisable to stick to public reporting standards, but another said that if an I.P.O. is as much as seven years away, companies should not adopt the update.

“If your company is considering going public, I would say, don’t bother with it,” Ms. Singer said.

Some accountants are asking for supplemental guidance that would allow for a transition period, but the source familiar with FASB’s process said no additional guidance is forthcoming.

One thing the industry can agree upon is that the updated standard presents a new advisory opportunity for accounting firms. Accountants will now have to determine the likelihood of an I.P.O. and ensure clients do not have public companies among their investor group.

“My process would be to make certain my client does not have a public company as one of its investors in this stage of the game and that in the near future they aren’t contemplating that,” Ms. Singer said.

Still, for those companies without potential public complications, the updates are being roundly applauded for simplifying previously complex private accounting rules.

“If they are truly owned privately,” Ms. Singer said, “this would be a good solution.”