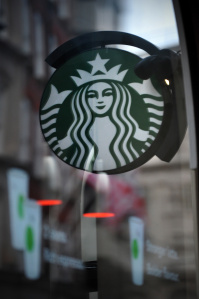 Having lost its 800-square-foot space in Grand Central Terminal’s Lexington Passage, Starbucks will be moving across the street. The coffee purveyor has signed a 15-year lease for a 1,300-square-foot retail space at 425 Lexington Avenue, Commercial Observer has learned.

Starbucks closed its Lexington Passage location earlier this month after losing out to Cafe Grumpy in the Metropolitan Transit Authority’s RFP process. The MTA has shifted its focus away from national chains and toward locally-owned businesses.

“We were lucky enough that as we lost this space, we found another location which is a better fit for our customer,” said David Firestein, a broker with The Shopping Center Group, who represents the tenant.

The 425 Lexington Avenue space, formerly occupied by an AT&T retail store, boasts ceiling heights of over 20 feet. The tenant is currently building out its space and expects to open in the spring.

Mr. Firestein represented the tenant alongside Taryn Brandes. The landlord was represented by David LaPierre and Sean Moran of CBRE.