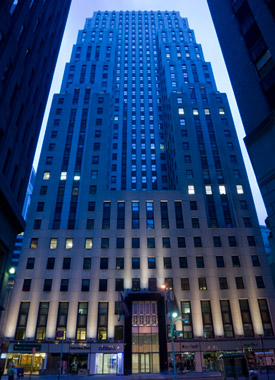 Revenue Watch Institute, a non-profit policy and grantmaking organization, has signed a seven-year lease for a 7,255-square-foot portion of the 18th floor at Savanna’s 80 Broad Street, Commercial Observer has learned. Asking rent for the space was in the high-$30s per square foot.

The nonprofit, which was represented in the transaction by Andrew Stein of Vicus Partners, will relocate its New York headquarters from the seventh floor of 1700 Broadway in approximately three months.

Founded in 2002, RWI promotes the effective, transparent and accountable management of oil, gas and mineral resources for the public good, according to the organization’s website. Originally a program of the Open Society Institute, the organization became independent in 2006. Based in New York, the tenant also has offices in the U.K., Ghana and Peru, and operations in Azerbaijan, Indonesia, Lebanon, Nigeria and Tanzania.

As reported by Commercial Observer, Indus Architect signed a seven-year, 2,240-square-foot lease at the Financial District property earlier this month. Following the RWI lease, the building is 85 percent occupied.