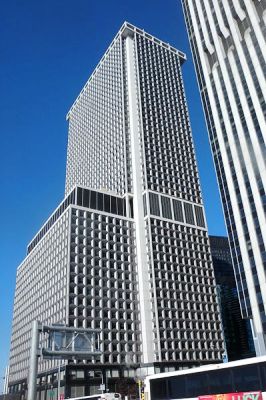 The National Association of Insurance Commissioners will relocate its Capital Markets and Investment Analysis Office to 1 New York Plaza from 48 Wall Street, Commercial Observer has learned.

The regulatory organization has signed a 13-year lease for a 19,218-square-foot portion of the 42nd floor of the Brookfield Office Properties’ building and will pay rent starting in the low-$40s per square foot, according to data from CompStak.

The NAIC executive committee authorized the organization’s management to proceed with lease negotiations at 1 New York Plaza, according to a meeting summary report from December 16, 2013. When reached for comment, a spokesperson for NAIC could not immediately confirm the details of the lease.

Brookfield’s 1 New York Plaza sustained significant damage during Hurricane Sandy when approximately 23 million gallons of water flooded the lower levels of the building. The landlord reopened the building on November 17, 2012 after services were restored.

The landlord was represented both in-house and by CBRE. Brookfield Office Properties did not immediately return calls requesting comment.