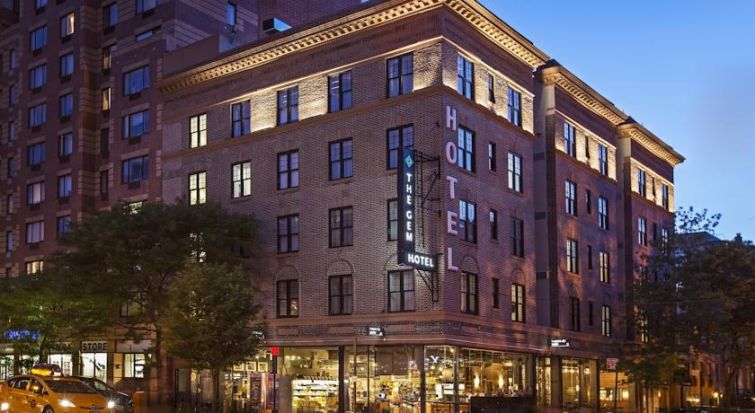 The financing, provided by Ladder Capital, was divided between a CMBS loan with 30-year amortization and an interest-only mezzanine loan, a person familiar with the negotiations said on the condition of anonymity.

The new debt replaces a $22 million first mortgage from Natixis Real Estate Capital, which closed in January 2012, and a $5 million mezzanine loan from an unnamed lender. Mission Capital also negotiated those deals.

The brokerage firm’s managing directors Jordan Ray and Jason Cohen and director Ari Hirt led negotiations on the latest round of refinancing, which carries a five-year term. The new debt closed on Feb. 28.

The GEM, an 81-key boutique hotel managed by Gemini Real Estate Advisors, opened in 2008 after New York-based Icon completed a gut renovation and repositioning of the property.

In addition to the 81 guest rooms, the five-story building located at 300 West 22nd Street includes retail space leased to the restaurant and grocery market Foragers City Table and Foragers City Grocer. The hotel property, located near the High Line and Chelsea Piers, has seen vast improvements in its occupancy and average daily rate since it opened, Mr. Ray noted.

“The heightened interest in the project is reflective of the value that Icon has added over the years and Mission Capital’s successful marketing efforts,” he said.