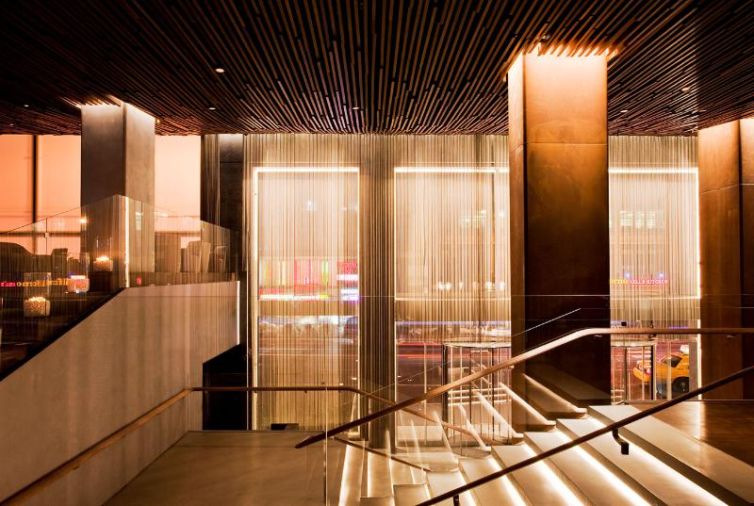 Following the completion of a $140 million redevelopment, the Times Square hotel formerly known as the Milford Plaza (and later The Milford) has reopened as Row NYC, the hotel announced.

“The bold aesthetic speaks to the area’s unbridled spirit and energy that is Times Square,” Michael Gabellini, a partner at Gabellini Sheppard Associates, which revamped the property’s public spaces, said in a statement.

The hotel, at 700 Eighth Avenue, has a lobby bar and restaurant, called District M, which offers a European style eatery. It features a commissioned digital gallery by Ron Galella with still photographs capturing “the hedonistic heyday of New York City during the late 70s and early 80s,” the release says. “Never before seen photographs by [Mr.] Galella will be on display within the new guest and entertainment suites.”

Plus the hotel, which has 1,331 guest rooms on 28 floors, will soon have a full-fledged food market called City Kitchen.