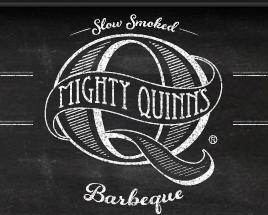 Fast casual barbecue restaurant Mighty Quinn’s will be expanding to the West Village after signing a long-term, 2,760-square-foot lease at 75 Greenwich Avenue.

The space, formerly occupied by Bone Lick BBQ, will be designed in the image of Mighty Quinn’s East Village flagship at 103 Second Avenue. “This is a great location and we’re very excited to bring our fast casual barbecue experience to the West Village,” said Micha Magid, co-founder of Mighty Quinn’s, in a statement.

Hugh Mangum, the chef and a partner at Mighty Quinn’s, confirmed plans to open at 75 Greenwich Avenue with The New York Times last month. The lease at the West Village property was reported by The Wall Street Journal late Sunday.