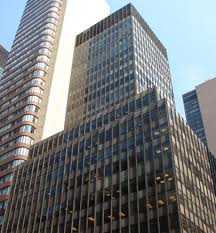 The North American office of Oslo-based marine insurer Skuld will relocate to 757 Third Avenue from 805 Third Avenue, Commercial Observer has learned. The company has signed a 10-year lease for the entire 6,961-square-foot 25th floor of the RFR Realty-owned building.

RFR has invested $30 million in a repositioning of 757 Third Avenue since anchor tenant KPMG vacated 180,000 square feet in the building in 2012.  As reported by Commercial Observer, tax and advisory firm Grant Thornton signed a 15-year, 130,357-square-foot lease at 757 Third Avenue in the fourth quarter of 2013.