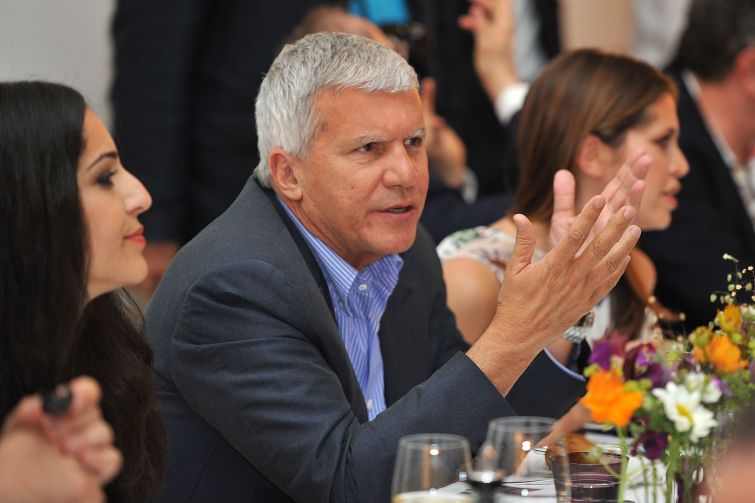 Larry Gagosian, one of the world’s biggest art dealers, has closed a $48.8 million mortgage from Bank of America on his storied Chelsea art gallery at 202 11th Avenue, according to public records.

The purpose of the financing was not immediately clear, but Mr. Gagosian’s home on Further Lane in East Hampton, Long Island, is listed as collateral in the mortgage documents, along with the gallery property, at 24th Street.

Mr. Gagosian, who has represented such prominent artists as Jeff Koons and Damien Hirst, bought the 21,000-square-foot property for a mere $5.8 million in 1999. The seller was Tom Gambino, Jr., the son of deceased mob boss Carlo Gambino, according to published reports.

Mr. Gagosian bought the property in Chelsea because of rising rents in Soho, where he previously had a gallery, Mr. Gagosian told The New York Observer in 1999. When it opened, it was the largest art gallery in the neighborhood.

“I have felt in the last couple of years that the shift to retail has been so pronounced [in Soho] that I don’t feel as comfortable having a gallery there as I did at one time. When you feel that way, it is always a good idea to try to adjust,” Mr. Gagosian said at the time.

Other mortgages have been taken out on the prime Chelsea building, but none of the size of this week’s, city records show.

Mr. Gagosian also has galleries in California, Europe and Asia.