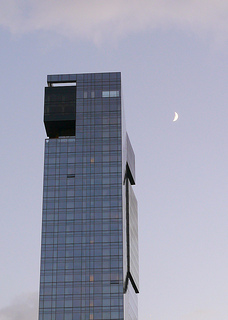 An ex-con has filed a lawsuit claiming that Jody Kriss, his ex-business partner at Bayrock Group, “used mob tactics” to try to get his half of a $2.5 million payout in a land deal, according to a new lawsuit reported by the New York Post.

The suit stems from Salvatore Lauria, a Mafia-associate-turned-informant, allegedly brokering an $85 million real estate deal with the FL Group of Iceland in 2007.

The $5 million suit, filed by Mr. Lauria, charges that Wharton Law School graduate Mr. Kriss, who is now at East River Partners, nearly got Mr. Lauria killed in a quest to get his half of the $2.5 million.

A Mafioso “tracked down Lauria in a restaurant in Bay Ridge, Brooklyn… and beat [Mr.] Lauria in broad daylight, menacingly telling [Mr.] Lauria, “’You’re dead. I’m going to kill you. You’re a rat. I did two years because of you,’” the suit says.

Mr. Lauria is a former Gambino and Genovese associate and became a federal informant in the 1990s to avoid a racketeering charge, the Post said. He consulted for Bayrock.

BayRock is behind projects including the Trump Soho at 246 Spring Street.

Mr. Kriss responded to the Post in a statement: “This is merely the latest in a string of increasingly desperate attempts to pressure me and other victims…to stop lawsuits they are losing. None of the bullying tactics will have any effect.”