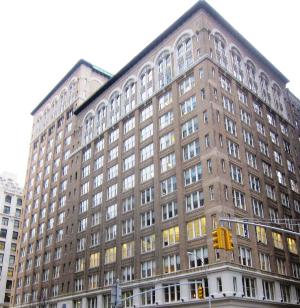 The tenant will pay rent starting in the low-$50s per square foot, according to data from CompStak.

The Midtown South property, part of a $1.2 billion joint venture between TIAA-CREF and the Norwegian Government Pension Fund Global announced last year, is undergoing an extensive redevelopment, with lobby renovations set to commence shortly. TIAA-CREF acquired the building from SL Green for $157 million in 2007.

“This deal reinforces the scope of the redevelopment and how well it has been received by the tenant community,” said Scott Klau of Newmark Grubb Knight Frank, who represented the landlord.

As previously reported by Commercial Observer, Priceline.com signed a 10-year lease for the entire 9,936-square-foot 10th floor at the building last year. Just yesterday, the landlord signed an additional lease for the building’s 15th floor with an international cosmetics company. Mr. Klau declined to further identify the tenant.

Mr. Klau represented the tenant alongside Brian Waterman and Erik Harris. The tenant was represented by Brad Needleman and Chris Cuddy of CBRE.