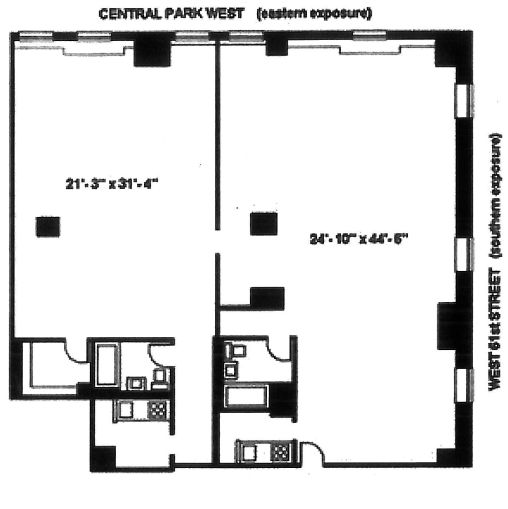 The 2,177-square-foot loft space with two bathrooms can be used for commercial purposes or as live/work space. The space, available raw, is on the southeast corner of the Robert A.M. Stern-designed building and is being listed by A&I Broadway Realty’s Valentina Sharapan.

An investor, under the name of Zhassulan Properties LLC, bought Unit G102 for $7.15 million on February 10, according to city records. The sale was recorded with the city on February 25.

The asking rent is $19,950 per month, or $110 per square foot per year, according to Ms. Sharapan. The tenant (probably just the person who signs the lease) would have access to the building amenities, Ms. Sharapan said. Amenities at 15 Central Park West include a private dining room and library, screening room, health club and pool.

The space would be best suited for a “private office, professional office, school, something like that,” Ms. Sharapan said.