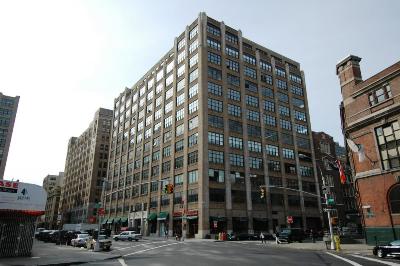 Workman Publishing Company, publisher of 1,000 Places to See Before You Die and What to Expect When You’re Expecting, has signed a 13-year, 63,200-square-foot renewal at Trinity Real Estate’s 225 Varick Street.

“The publishing and media industries are key to the strength and continued growth of Hudson Square,” said Jason Pizer, president of Trinity Real Estate, in a statement. “Workman Publishing is a long-time tenant whose belief in the neighborhood’s vibrancy and dynamic, creative spirit is reflected in their 13-year renewal.” A tenant in the building since 2006, Workman Publishing occupies space in the 12-story property alongside the National Audubon Society, Doremus & Company and others. George Forgeois, the French restaurateur behind Café Noir and Bar Tabac, opened his latest eatery, Clarkson, at 225 Varick Street last year. Asking rent at the 377,000-square-foot property is in the mid-$50s per square foot.