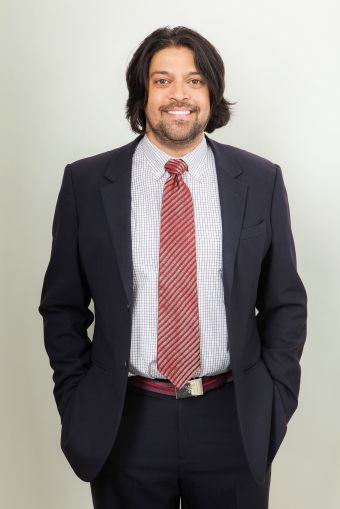 After graduating first in his class from Harvard Law School in 2003, Michael Shah was seemingly destined for the very top of the legal profession. A post-graduate position in the mergers and acquisitions group at Wachtell Lipton Rosen & Katz led to key roles in a number of high-profile and complex deals, including the $4.5 billion initial public offering of financial advisory firm Lazard.

But despite early success, something was missing. Working between 80 and 120 hours per week, Mr. Shah knew his future lay elsewhere. “I was pretty miserable as a lawyer,” he said bluntly. “I hated it, so I quit.”

With his law career behind him, Mr. Shah spent six months winding down and contemplating his next steps. His parents, both doctors, had started investing in New York’s affordable housing stock in the ’90s, and soon real estate emerged as a more interesting and more profitable outlet for Mr. Shah’s skills.

DelShah Capital, Mr. Shah’s real estate investment firm, was born in 2006 through the affordable housing market, which provided a niche where the ex-lawyer could utilize his skills.

“As someone new to the business, I didn’t have the same connections and affordable housing provided a place we could start,” he said, adding that his background as an attorney was an asset when navigating the sector’s regulatory issues.

His skills have paid off in closing a number of more complex transactions, not the least of which was a leveraged buyout of his parents’ partners in a 1,100-unit affordable housing complex on Staten Island. First conceived in 2008, before the market collapsed, the deal took two years to finally close, with lender Freddie Mac staying committed to the transaction while DelShah obtained regulatory approvals.

The complications didn’t end there. DelShah needed to convince Housing and Urban Development to roll over an existing second mortgage on the property, while simultaneously getting the surrounding community and the district’s congressman on board with the deal. Mr. Shah also had to structure the transaction to be tax-efficient for the sellers he was buying out.

“It took a lot of perseverance, but I was able to do it, and I sat with capital during a really bad market, which is what you need,” he said.

The recession was an opportunity for Mr. Shah, who became one of the first investors to buy nonperforming notes from regional banks in New York. From 2008 until 2012, Mr. Shah was aggressive in pursuing deals in the midst of the foreclosure and bankruptcy process.

“Some of that we ended up getting paid off, and on others, we got the property,” he said of that period. “As I did more complicated deals with more disputes, we started to look for better assets with better upside.”

One of those deals was at 55 Gansevoort Street in the Meatpacking District, where DelShah bought a mortgage on the property and took over litigation pertaining to the lease of a former building owner’s son, who was squatting in 40 percent of the building.

“It was a signature deal in that a lot of sophisticated retail-based shops looked at it and couldn’t figure out how to do it,” Mr. Shah said. “[The son] would have eviscerated all the value in the property had he continued [squatting there].”

A complex litigation process and a bankruptcy filing were ultimately settled within eight months, and now DelShah is close to a deal for the vacant property, which has been marketed as a possible hotel conversion.

Mr. Shah declined to comment on the specifics of the future of the property but spoke optimistically about the future of Gansevoort Street, with the Whitney Museum of Art set to open there and the entrance to the High Line nearby.

“Retailers want true Meatpacking rather than above 14th Street, and Gansevoort is the last street that hasn’t been a part of that,” Mr. Shah said.

The Meatpacking District is new area of focus for Mr. Shah, who since 2012 has pivoted toward struggling retail locations. As a burgeoning restaurateur and proprietor himself, Mr. Shah keeps his ear to the ground for news of struggling establishments.

In April of last year, DelShah acquired 58-60 Ninth Avenue in the Meatpacking District for $18.2 million. The 10,839-square-foot building, located in a prime retail location across from the Apple Store on West 14th Street, is the former home of Pop Burger, a fast-casual restaurant that vacated the space in May.

Eight months on from the acquisition, DelShah has filed plans and received landmark approval to excavate the building’s basement and create a bilevel retail space at the property. Asking rent was estimated last year at $1.5 million for the entire building or $400 per square foot for the ground floor and basement level.

“We think it will be one of the nicest flagship opportunities in Meatpacking, and we’re working on clearing the Department of Buildings objections,” Mr. Shah said. DelShah expects to begin construction this spring and for the building to be ready for occupancy in the fall.

Looking ahead, Mr. Shah expects his firm will continue to focus on Manhattan and shift away from DelShah’s previous work in the boroughs. Union Square, the Flatiron District and the Meatpacking District are just a few of the areas Mr. Shah has expressed interest in, with Hell’s Kitchen quickly emerging on his radar.

“We think there’s natural appreciation in Hell’s Kitchen, so we’ve been actively bidding on assets there,” he said.

As focused as DelShah has been on acquisitions and developments, the firm is considering a major disposition of the 1,100-unit affordable housing complex in Staten Island. The property has already garnered off-market interest, and with Mayor Bill de Blasio’s recent commitment to create or preserve 200,000 affordable housing units, “the stars are aligned” to cash in.

Outside of his day job, Mr. Shah has a burgeoning second career as a restaurateur and bar proprietor. He owns a series of establishments, including Sons of Essex on the Lower East Side, and is reopening a fully renovated Petaluma uptown within the next month.

His outside interests have not shielded Mr. Shah from controversy, however. A much-publicized split with Sons of Essex business partner Matt Levine has garnered headlines across the city.

To hear Mr. Shah tell it, he evicted a previous tenant at the Lower East Side location and went looking for someone to renovate the space and market the new establishment. The agreement with Mr. Levine was a joint venture, which saw Mr. Shah put up the capital in exchange for promotional and management work for the restaurant.

Though Mr. Shah credits Mr. Levine for certain accomplishments, he insists that performance metrics were put into place prior to the agreement, metrics that Mr. Levine did not meet.

“Ultimately, I had to let him go, and he responded by suing me,” Mr. Shah said. Mr. Levine sued Mr. Shah for $20 million over the termination of his management contract last year, according to various reports.

The proceedings are still ongoing, but Mr. Shah firmly believes the restaurant is in a better place now than it was a year ago, though he concedes the old restaurant adage of surviving the first year has a lot to do with that.

Mr. Shah has also found the time to assist his girlfriend with the launch of her handbag line, Ita Collection. The line was named best handbag in overall style and design by InStyle in 2012.

Circling back to real estate, Mr. Shah is less bullish on New York real estate than most. By his estimation, market inflation has reached a point where most industry participants are looking for capital preservation rather than short-term returns.

“When that happens, it’s not really a market of opportunity,” he said. “It definitely makes things more difficult, but that’s why we’re focusing on our key strategies. We have to find a way to add value to the deal.”