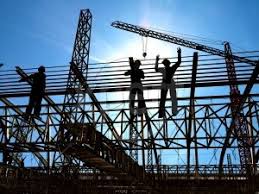 In New York City, construction starts overall were strong last year compared with the year prior, but the news was not so positive on the commercial side.

Overall, the number of starts rose 11 percent to $18.8 billion in 2013, year-over-year, according to a New York Building Congress analysis of McGraw-Hill Construction Dodge construction data.

The data reflect the total estimated value of each initiated project through the entire period of construction, marking an indicator of construction spending in the years to come.

The non-residential sector, which includes the development of offices, hotels, schools and hospitals, comprised the bulk of 2013’s dollar volume as per usual, but the value of the construction starts fell to $8.3 billion in 2013, from $9.3 billion in 2012. That represents the third consecutive year of declines.

Of the top 25 project starts for 2013, only one office project made the cut: 7 Bryant Park, which was ranked 18 by total construction value, at $150 million.

Building Congress President Richard T. Anderson noted the upside in a prepared statement: “The news from the non-residential sector in 2013 was less encouraging, but better days appear to be on the horizon. Silverstein Properties and Related Companies recently signed large leases for their planned towers at 3 World Trade Center and 30 Hudson Yards, and full-scale construction is anticipated on both skyscrapers in the coming months.”

Update: This story was edited to reflect an explanation of the data.