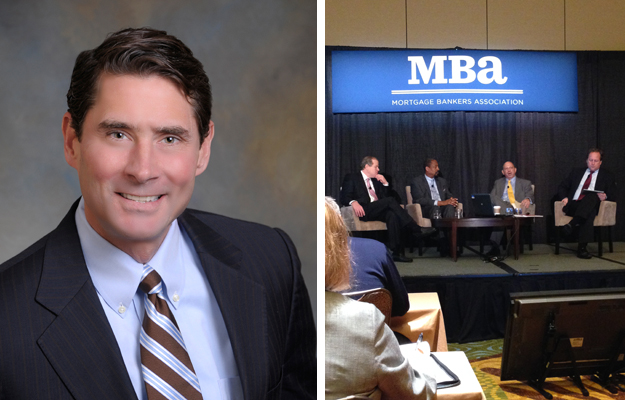 One of the many panels at the Mortgage Bankers Association‘s 2014 CREF/Multifamily Housing Convention & Expo in Orlando, Fla., focused on the buoyancy of the multifamily debt market with a forward look on what’s to come.

All three panelists spoke optimistically about the market, citing continued development growth in key markets and a major refinancing wave on the near horizon. The biggest concerns, Mr. Brickman noted, are rising interest rates and declining capitalization rates, which could have an impact on borrower and investor appetite. Mr. Reimers countered that those concerns were not such a threat to the banks, the GSEs and other multifamily lenders.

Following the panel discussion, Mortgage Observer spoke to PMCC Managing Director Michael McRoberts, who leads the company’s Fannie and Freddie portfolio teams, to hear his perspective on what’s in store.

Click the audio below to hear our interview with Mr. McRoberts.