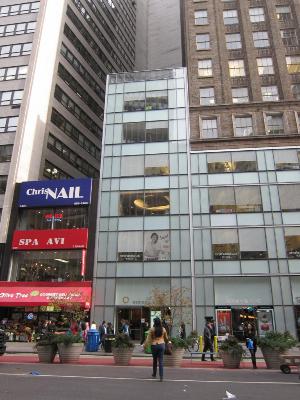 Davler Media Group has signed a 17,500-square-foot sublease from Escada at 1412 Broadway, The Commercial Observer has learned. The publisher has committed to the entire ninth floor for six years and three months.

The tenant will pay rent in the low-$40s per square foot, according to data from CompStak. Davler Media Group is expected to relocate from 1440 Broadway during the second quarter. Located on the northeast corner of 39th Street at Broadway, 1412 Broadway boasts floor plates between 2,250 and 21,000 square feet. Built in 1926, the 400,000-square-foot tower was recently renovated by landlord Harbor Group International. The property was put on the market last year, asking $250 million, according to The New York Post.

Escada, a luxury fashion group specializing in women’s clothing, renewed its lease on the ninth and 10th floors at 1412 Broadway in 2010, paying rent in the high-$30s per square foot, according to CompStak.