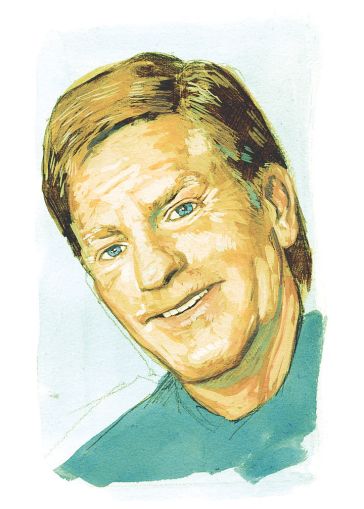 Before opening to the public as a museum in 1982, the decommissioned U.S.S. Intrepid made its way up the Hudson River to New York City’s west side. Then better known as a hotbed for drugs and prostitution, the west side waterfront was a seemingly strange choice of location for a tourist destination.

It was Mayor Ed Koch who convinced Zachary Fisher—the real estate investor who had championed the conversion of the aircraft carrier into a museum—to dock the ship at 46th Street and 12th Avenue.

“The Intrepid was a catalyst behind the birth of the west side waterfront,” Ken Fisher, the late Zachary Fisher’s nephew, said in a phone interview. “Now it anchors Hudson River Park.” Some 30 years later, Mr. Fisher, the co-chair of the Intrepid Sea, Air and Space Museum’s board, spearheaded efforts to bring the space shuttle Enterprise to New York. It was just one of many new developments at the museum that have helped push attendance above 1 million visitors per year.

“I think that having this kind of a historical piece in a city that gets 50 million visitors each year is important,” Mr. Fisher said. “It’s not only important to the Intrepid, but it’s important to the city to have something this historic here.”

Mr. Fisher, who serves as partner and manager of leasing and new ventures for his family’s real estate firm, Fisher Brothers, has taken over the leadership of many of his uncle’s philanthropic causes. Not only does he serve as co-chairman of the board of the Intrepid, but also as chairman of the Fisher House Foundation, a nonprofit organization that provides homes for U.S. military members and their families while a member of the family receives medical treatment.

For these philanthropic and civic contributions, Mr. Fisher has been selected to receive the Real Estate Board of New York’s Harry B. Helmsley Distinguished New Yorker Award at the board’s 188th annual banquet on Jan. 16. The Helmsley award is given to a real estate industry member for invaluable contributions to New York’s civic welfare and to the real estate community.

“To be recognized by your own industry is a great honor,” Mr. Fisher said.

The Fisher family has long championed philanthropic causes in support and honor of America’s military. And in 2013, Fisher House, which was established in 1990, built its 63rd house, with five more on the way this year. The organization now serves 22,000 families per year.

Mr. Fisher is quick to acknowledge that successful real estate ventures have allowed his family to give back in such a meaningful way. “The work I do philanthropically is very important, and Fisher Brothers’ work is the engine that drives all of these things,” he said.

In the build-up to the shuttle’s arrival in the city, many questioned whether New York was the right destination for the Enterprise. But there is a significant link between the Intrepid and the U.S. space program.

Between the ship’s service in the Korean and Vietnam Wars, the Intrepid served admirably as a primary recovery asset for NASA. In May of 1962, the Intrepid was the principal shop in the recovery team for Aurora 7, Scott Carpenter’s Project Mercury space capsule. Three years later, the ship was on hand to support Gemini 3, the first manned Gemini flight.

“It should be here. It belongs here,” Mr. Fisher said of the shuttle.

There is little question in Mr. Fisher’s mind that both the Intrepid and the Enterprise have been vital to the city and the evolution of the west side.

“The west side has become not only a viable place to visit, but to live. And I don’t think anybody would have said that at the time the Intrepid came to New York,” he said.

On the real estate front, Fisher Brothers has exciting plans for 2014. Among them are residential developments in lower Manhattan.

“We believe in the strength of Downtown. It has been revitalized,” Mr. Fisher said. “Residentially, it has always been a great place to live, but there’s been a rebirth.”

Success in those and other real estate developments will allow the Fishers to continue their work supporting the military and other worthy causes.

“These philanthropic efforts are too vital and too far-reaching to let lapse,” Mr. Fisher said. “We’ve made a difference.”