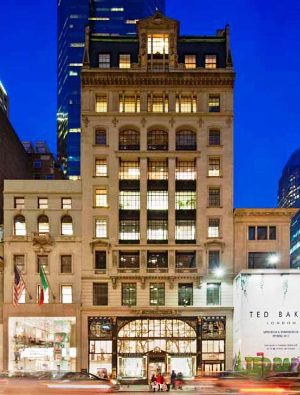 Icreon Tech, an IT consultant and application developer, has signed an 8,000-square-foot sublease for the duplex penthouse at The Scribner Building at 597 Fifth Avenue, The Commercial Observer has learned.

The tenant will pay rent in the mid-$50s in a deal lasting approximately four years, according to data from CompStak. The sublandlord, Galtere, signed a lease for the space in 2010 and pays rent in the low-$50s per square foot. When reached for comment via email, an Icreon spokesperson who confirmed the deal said the company expects to move in on January 5.

Mark Mandell, Ethan Silverstein and Brian Zoubek of Cushman & Wakefield represented the sublandlord in the deal, according to the 42floors listing. The brokers did not immediately return requests seeking comment.

The Scribner Building is owned by Joe Sitt’s Thor Equities. The real estate company closed on the approximately $100 million buy in 2011.