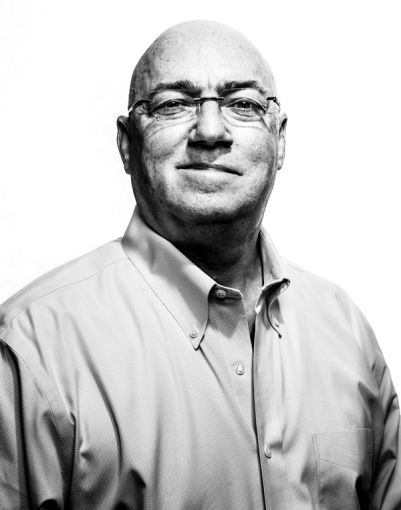 Despite more than a century of history in real estate investment, Benenson Capital Partners continues to fly under the radar in the industry. But having closed a 75-year master lease at 400 Park Avenue with Waterman Interests and commenced a $200 million renovation of the Cross County Shopping Center in Yonkers in 2013, the family-run owner is set for more big things in 2014. On the docket this year are new developments in Brooklyn and on the Lower East Side. Having recaptured two properties previously leased to social services and the United States Postal Service, new value opportunities are on the horizon in the family portfolio. Jim Stifel, chief investment officer at Benenson Capital, is the man in charge of finding value in the company’s assets. He sat down with The Commercial Observer for a rare interview at Benenson Capital’s 708 Third Avenue offices to reflect on 2013 and look ahead to 2014 and beyond.

Looking ahead to the New Year, you have two development projects in the pipeline in New York. Can you give some background on those?

We’re very close to finalizing some joint ventures with other real estate families. In both cases, these are properties the Benenson family has owned for many years—upward of 40 years—and were net leased to social services, in the case of one property in Brooklyn and one property on the Lower East Side, which was rented to the Post Office. In both cases, those uses are no longer required by those agencies, so we are getting the property back at an opportune time when the residential market is expanding and rents are escalating.

What is planned in Brooklyn?

We’ve had great experience with one of the families, which I don’t think I should name, that we are hopefully doing this deal with. We’ll know in the next month. We’ve had success with them in Midtown and expect to continue that with the property in Brooklyn. It will be a residential project with an affordable housing feature and some retail on the ground floor. It’s going to be a high-rise—approximately 24 stories.

Can you be more specific on where in Brooklyn this project is?

Have you identified Brooklyn as an area of opportunity?

Absolutely. We’ve analyzed that market over the past several years. It’s a great market.

What’s planned for the project on the Lower East Side?

It’s a market that has really taken off. It will be another typical residential project with ground-floor retail and an affordable housing component.

Looking back on 2013, you worked on a number of large projects and made deals both in New York and nationally. Locally, you completed a large net lease deal at 400 Park Avenue with Waterman Interests. Can you describe how that deal originated?

Tod Waterman is a great operator who we have a lot of confidence in, and we were happy to hear that he had gotten involved in the project by buying the leasehold position. Since we knew him, the two sides got together and decided what would be best for the property long-term.

The Benenson family is extremely happy that they now have an asset that is a long-term, stable cash-flow generator with upside. It has totally been redone at the ground level, the elevators are being redone, the windows are being retrofitted, and all the tenant space is being redone, so they’re getting basically a renovated building.

You also embarked on a $200 million renovation of the Cross County Shopping Center in Yonkers. What was the process there?

Once in a while, you’ve got to spend some money, and that was a case where you had a location at the crossroads of the thruway and the Cross County Parkway. Seventy-one acres—you can’t get a better location. It is a property that for many years had not been maintained and renovated. It needed a face-lift and remerchandising.

The whole infrastructure was redone. Most of the buildings were rehabbed, and we started putting in new types of tenants. We brought in Victoria’s Secret, Forever 21, H&M and Kay Jewelers. We’re bringing in Zara. It’s a game changer for us, and they are supposed to be opening in the next few months.

We’re also doing a complete gut renovation of a nearby office tower. It used to be the old Montefiore Hospital, and we realized that the best use for that would not be office space, but a hotel. The whole market is sorely undersupplied for that, and we’ve partnered with a national operator.

You’ve mentioned a number of different sectors of the market: residential, retail, hospitality. Is there one in particular where you see an opportunity?

Most of the value creation we see is in retail. A high percentage of our portfolio is retail-related. That’s where we see opportunity. We have some deals that were done as a sale-leaseback with maybe a 20-year lease with a retailer, and then we see the market moving upward, so we try to negotiate with that retailer. We’ve done deals where we’ve taken a property, for instance, in the Boston area and bought out the existing retailer and brought in a new retailer to get us market rents.

How do you view the New York market relative to the rest of the country?

We’re very bullish on New York. The biggest opportunities for us are in the New York market. We have properties throughout the city and the boroughs, which are net-lease transactions that are coming to maturity. We have the opportunity to either renegotiate the deal with the existing tenant or perhaps turn it into something different. It goes back to the two deals we spoke about at the beginning. We have the opportunity to turn those properties into something different. There are other properties in our portfolio that are selectively going to be harvested, if you will.

You look at the portfolio long-term, correct?

Absolutely. There may be an occasion where things might be sold, but it’s a rarity. Typically, we bought right, the location was right, and we stick with it.

Can you describe what it’s like to have such a significant responsibility for the Benenson family’s portfolio?

It’s interesting because I came from a more structured environment. I worked for GE Capital. When the opportunity came to work with Charlie Benenson and the rest of his group, I jumped at it. I remember, I jumped at it without even knowing what I was going to get paid. It was so exciting. It was a great opportunity, and it has been very rewarding.

What was the transition from GE to Benenson like?

The first thing I noticed was that I went from having one of the biggest offices to having no office. As a matter of fact, during my first month, I was sitting at a round table in a conference room with two other guys, and I had no idea who they were. One was in charge of stocks and bonds, and I said to myself, “Stocks and bonds? I thought this was a real estate company.” The other turned to me and said, “The king is dead. Long live the king.” He was referring to some deal in Miami that they were working on before I started, but it was hysterical. It was a whole different environment.

When you look ahead at the market, what do you see down the line for Benenson? What’s the strategy going forward?

The concentration of the company going forward—at least over the next five years—is more East Coast: Boston down through Miami and some on the West Coast. We look at our portfolio—close to 140 properties in 27 states across 14 million square feet—all the time, and strategically we are thinking about selective properties that don’t necessarily have great potential, and we might condense. We haven’t totally decided to do that, but we’re considering. It’s a thought.