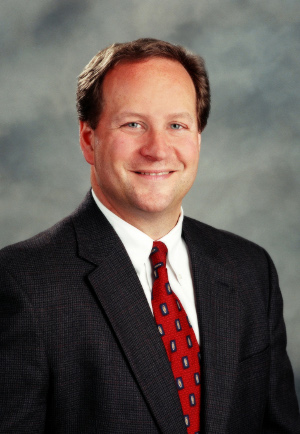 Roughly a year after taking the helm as president and CEO of Prudential Mortgage Capital Company and nearing the end of a very busy year in terms of deal volume, Mr. Durning catches up Mortgage Observer on his transition and outlook for the future.

Mortgage Observer: You were named David Twardock’s successor about a year ago now. How has that transition been going?

David Durning: The transition has gone well. It’s been busy, fun, active. The organization that we had, Dave had been building for a while, and given Dave’s style, my fingerprints were on it as well, as were others, and so I have a terrific team. So in that sense, we haven’t missed a beat in anything that we’re doing. For me, the interesting part of the challenge and the opportunity that something like this provides is to tell the PMCC story both externally and internally along the way.

The Prudential Investment Management basic structure is that we have these very autonomous different investment management groups of which our focus is real estate debt at Prudential Mortgage Capital Company—there’s our sister company, Prudential Real Estate Investors, and our private placement group and on and on. We’re pretty autonomous, but the reason why that works is that someone has to tell the story about what’s happening with the business, and Dave did that very, very well for a long time. So for me, it’s getting to know some of the new people I need to know, learning parts of the business that I wasn’t involved with.

What parts of the business were you not so involved with?

One of the easiest examples is a group called Prudential Agricultural Investments. We have an agricultural debt and equity business that’s active across the United States and all the major crop types and agricultural regions, and that’s really kind of a separate business than commercial real estate. It’s really treated as a different asset class. I think another part of the business for me was our servicing business. I would obviously work with the people who would be our asset management and servicing business, which is based in Dallas, and we have about 150 people there, but it was not a part of the business that I was overseeing.

Was there anything that you wanted to change when you took over?

I was pretty deliberate about saying that I wanted to walk the whole floor, so to say. And I haven’t changed much yet, but at some point, I will make some changes. Probably what’s driving it is not so much a different strategic view of the business, as opposed to who I am as a manager and a leader, some of the skill sets and the emerging skills that I see of people on my team.

There was a goal announced of $13 billion in financing for 2013. Are you on track to hit it?

We are. As the year has gone on for both the opportunities that we see, as well as demand factors for what’s happening in Prudential’s other businesses, we have steadily expanded our appetite throughout the year. So that I would have given a bigger number earlier in the year. But suffice to say, after three quarters of the year, we are just on the doorstep of doing the same volume that we did last year already. Fourteen-and-a-half billion dollars is a reasonable appetite that we would be thinking about for a full-year basis.

For most of the last five to seven years, the dominant execution in the market has been a Fannie Mae or a Freddie Mac agency loan. But, and especially post-conservatorship, the agencies are interested in loans on stabilized properties—a property that has been 90 percent leased for 90 days for argument’s sake. There are many great properties out there and borrowers that would like to have an execution where they could close a loan that might not have those characteristics today, but that would flip right into an agency loan, because that’s the loan that they want. This agency gateway program is a bridge program for properties that are still putting together their business leasing plan, and they may need some modest rehabilitation to the property.

What are you seeing in Europe?

The banking sector there was slower to recapitalize itself and had more deep problems than we had here in the States, which presented for us an opportunity to start our platform in Europe, which we did a few years ago. When we did it, we weren’t thinking in terms of the financial crisis and being opportunistic. We were doing it as we knew we were expanding our overall appetite in mortgages we wanted to be able to have part of our investment portfolio not only New York, San Francisco, Atlanta, Dallas and Boston, but also Toronto, Tokyo, London, Frankfurt and Paris—these global markets. People will talk about Spain as a market, but Spain as a market is much different than talking about Barcelona, and really the economic health of cities can be really different from the economic health of the countries in which they reside. And so we would want to get exposed in global cities that we believe will be dominant and economically very healthy going forward. That’s the first thing. Because of the financial crisis, it also turned out to be opportunistic. We were able to enter those markets just as other lenders were pulling back and where rates are generally at historic low levels. For a client for whom the idea of having a long-term fixed-rate loan, which has not been common in the market, it’s a good time for people to take a look and see where we are. What we’re seeing there is great real estate opportunities and probably an investment yield premium for being there even on a currency swap adjusted basis that would be 75, 100 basis points over what we would say the equivalent risk deal for us we were doing in New York or Washington, D.C.