Sam Chandan Takes the Pulse of the Banks 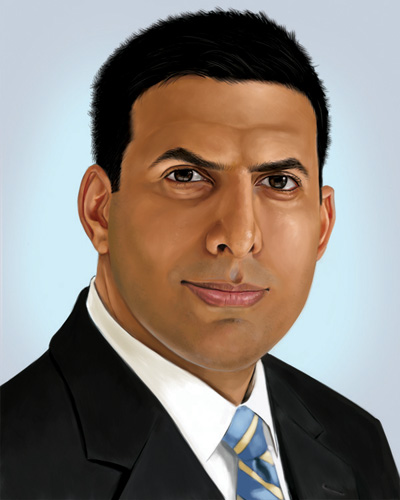 Banks’ reengagement with commercial real estate investors showed no signs of slowing in the third quarter of 2013. For well-established borrowers in Manhattan, financing constraints may seem like a historical footnote. The same cannot be said for every corner of the industry, though conditions are improving. A preliminary tally of mortgages originated through mid-September points to more banks lending in more places against a widening spectrum of income-producing properties. Delinquency and default rates are declining, as fresh mortgages dilute the shrinking pool of banks’ legacy debt. Financial dislocations still present obstacles for many credit-worthy borrowers removed from the confines of prime markets. But the data shows that debt, alongside equity, is increasingly predisposed to straying from its safe havens.

Banks’ net exposure to multifamily and commercial real estate increased by $18 billion in the second quarter of the year, the second-best showing since 2008. The gain was not isolated to apartment portfolios. Lending on commercial properties accounted for nearly two-thirds of the bigger position. The result is not terribly surprising for borrowers in New York, but that is a position of privilege. More important than the increase in banks’ net exposure to commercial real estate, a growing and geographically varied set of institutions account for much of the result.

Commercial real estate trends parallel the broader performance of the banking sector. As of June, FDIC-insured institutions have reported 16 consecutive quarters of higher earnings. A decline in net interest income during the second quarter was more than offset by income from trading and gains on loan sales. The ratio of capital reserves to nonperforming loans increased, cushioning banks against prospective losses. A barometer of systemic strains, the deliberately opaque list of problem banks dropped for the ninth time in as many quarters.

The assets of the remaining problem banks total $193 billion—just 1.3 percent of total assets across more than 6,900 institutions. The banking system faces real challenges, in retail operations in particular. But for commercial real estate investors and lenders of institutional scale, current notices of bank closings are scarcely relevant. While property and construction loans are invariably contributing factors to the overhang in distress, the scope of potential failures encompasses highly localized institutions with average assets below $400 million.

Where the commercial real estate origination desk has been buffeted in recent months, the weight of culpability can be assigned to the early summer’s abrupt shift in the interest rate environment and related market sentiment. After hitting their floors the previous summer, interest rates on multifamily and commercial property loans approached another all-time low this spring. Risk-free yields were not as low, but greater competition among lenders, improving assessments of borrower quality and a returning appetite for risk had narrowed spreads.

Even if the short end of the yield curve has been well anchored, the Fed’s imperfect control of the long end was on display during May and June. Complacent thinking about an omnipotent central bank and the outlook for rate increases was challenged as the 10-year Treasury jumped more than 100 basis points in a matter of weeks. In the conduit market—but also in the world of balance sheet lenders—spreads widened at first, compounding the impact of higher risk-free yields. It has only been more recently that spreads have absorbed their measure of higher Treasuries.

Capitulating to financial markets’ increasingly drug-like dependence on cheap money, the Federal Open Market Committee deferred a wind-down of its bond-purchasing program at its mid-September policy meeting. Stunting the upward trend in yields at least for a while, the Fed’s position implies concerns about secular weaknesses in the real economy. Growth is slow as it has been at many times before. Bond-buying on the order of $85 billion per month is not a response to slow growth and recalcitrance in the labor market; it is a crisis response outside the domain of conventional monetary policy.

Whatever the reasons, low costs of capital have defined the commercial real estate recovery, both in terms of investment flows and the management of distress. To the chagrin of distress fund managers, the latter has offered a particular contrast with previous cycles. Never reaching the worst-case scenario, the default rate on banks’ multifamily and commercial property loans fell to 2.2 percent in the second quarter, its lowest level since the end of 2008.

As a headline statistic, default rates are misleading inasmuch as they mask the dilutive impact on new lending and the contribution of loan modifications. The pool of restructured commercial real estate loans still held on bank balance sheets is itself shrinking. For many banks, what remains is a smaller pool of especially troublesome assets. As of June, nearly 40 percent of commercial property troubled debt restructurings had returned to delinquency or default. Even in the vaunted multifamily sector, nearly a third of banks’ restructured loans showed some degree of recidivism.

Bank lenders are also returning to the relatively uncontested market for development financing. Banks had pressed into construction lending in advance of the financial crisis, compelled in part by the loss of market share to the conduits. While development activity over the last cycle was relatively subdued, banks’ exposure still increased significantly over a relatively short period. In the two-year span from early 2004 through late 2006, banks’ construction loan balances nearly doubled from $285 billion to $565 billion. At a peak of more than $630 billion during the first quarter of 2008, that construction loan pool was weighted overwhelmingly to commercial projects.

Apart from a peak default rate just shy of 17 percent and similarly elevated loss severities, a dearth of viable projects goes the longest way toward explaining the precipitous decline in construction lending activity. Banks’ construction loan balances hit bottom in the first quarter and, in the second quarter, increased for the first time in more than five years. Forays back into construction lending require a judicious assessment of project risk.

Looking forward, increases in lending activity imply a more competitive environment and call for more precise assessments of risk. Banks do not originate questionable loans at the bottom of the cycle. Even a cursory review of the data will substantiate that weak vintages sprout when confidence leads to carelessness. Some of the most challenging loans of the last few quarters can be found on banks’ multifamily books, where standards have needed to bend to win the deal.

Sam Chandan, Ph.D., is president and chief economist of Chandan Economics and an adjunct professor at the Wharton School. The views expressed here are his own. He can be reached at dsc@chandan.com.