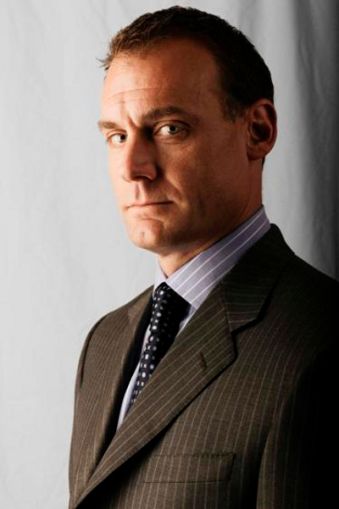 Mortgage Observer met with Mr. Nicoletti, a 25-year real estate veteran who has worked in multiple areas of the business from arranging big loans for commercial developments to helping clients restructure and sell their distressed real estate assets. The global loan sales leader at Jones Lang LaSalle spoke about his professional experiences in the States and overseas, as well as the level of growth opportunities in the U.S. commercial real estate market as 2014 approaches.

Mortgage Observer: How did you get your start in the real estate business, and when did you join Jones Lang LaSalle?

Peter Nicoletti: I started off hocking industrial space in the Meadowlands in the early 1990s for the Charles Klatskin Company, which is actually now part of Jones Lang LaSalle. I was right out of college and had some decent success doing that, but I looked around the room at one point and realized I was the youngest guy by 30, 40 years. That’s when I said, “There’s got to be more to real estate than just industrial space.”

After that, I had an opportunity to work for MetLife in the real estate investment group here in New York. During that time I really started to understand the ownership side of the business. I was an asset manager, I was a disposition guy at one point, and then I was on the lending side as well. Following that, I was at Rockwood for five years and then started my own firm with a partner, Joe Garibaldi, which we later took to HFF. In 2008, we left HFF and brought our team of about six to Jones Lang LaSalle.

How did you come to focus on note sales, and when did you take on your current role as managing director and global loan sales leader?

A bunch of the senior leadership here sat around post-Lehman and said, “How are we going to address the distressed real estate issues of our large institutional banking clients?” We knew we had to form a group that was just going to specialize in helping resolve these issues. Whether it was through some sort of recapitalization structure or sale of assets or restructuring, we needed to have a group that was completely focused on that end of the business. I’ve been running this team now for about three-and-a-half years. In that time, we’ve become the market leader in loan sales, having done more than $10 billion in sales since I took on my current role. We’re now a team of 25 people, and our sales business continues to grow.

With distressed note sales tapering, have you changed your focus at all?

When we created the group, we always had an eye that it’s not going to be a 10-year sustainable business, because, once the banks move their bad assets off their books, the economy will improve and things will get better and so on. So a big component of what we do is mortgage finance—debt placement—which is a natural synergy with what we do here in New York and around the country. We’ve grown that business significantly over the past few years, and that’s going to be a continued strong part of our platform here in New York.

Jones Lang LaSalle has invested a lot of capital into its capital markets platform within the past few years. How has that impacted you and your team?

From Jones Lang’s perspective, we’re a very mature company in Europe and growing in Asia. But the real growth opportunities are here in the Americas. Simultaneously and sort of coincidentally, when they created the group that I run, they started an active program of really going after top talent from a capital markets perspective here in the U.S. and building that business—from multifamily to hotels to the mortgage finance platform. What you have is a global firm that recognizes America is their one market where they can have significant growth, and they are putting the resources behind that. With that, they understand that capital markets drives a lot of the ancillary businesses that we do—agency leasing, property management—all of that ties into the capital markets transactions.

In addition to the U.S., you also spend a lot of your time in Europe. What are the major differences between U.S. and European lenders?

The biggest difference, in a lot of instances, is that the clients we deal with from a European standpoint are debanking in the U.S., which means they no longer want to have a presence in the U.S. and a lot of their operations have been diminished significantly here or shut down. As a result, the decisions are getting made in Europe, and many of the loan assets are actually getting managed in Europe, so there’s an occasional disconnect between where the markets are. The folks here in the U.S., the large money center banks, they’re on the ground, they understand the assets, and many of them are lending in the markets here again.

In June, you helped arrange a $100 million loan for the acquisition of 41 East 22nd Street, where Ian Bruce Eichner plans to build a nearly 800-foot tower. Have there been any further developments in the financing for that project?

We’re looking for construction financing now. He’s got all of his plans in place and likely will look to break ground sometime next year. We expect to secure that financing in the next few months. When it comes to construction financing, the lender pool is broadening, and what we’re seeing is that today banks are more willing to take on larger chunks of these kinds of deals, and with that will come more synergies in the marketplace, making it easier to execute deals.