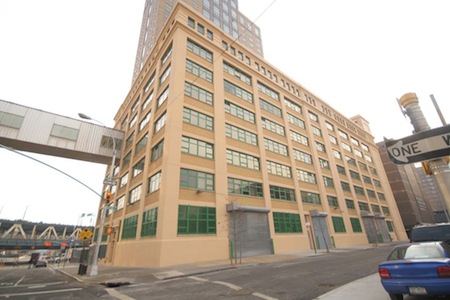 The partnership behind the $375 million acquisition of the Watchtower portfolio in Dumbo has appointed Brooklyn-based real estate services company CPEX to lease the development’s retail space, The Commercial Observer has learned.

The deal, which ranks as the largest so far this year in Brooklyn, could feature a variety of retail opportunities including food hall concepts and gym facilities, in addition to its office campus use.

“We interviewed several brokers and went with CPEX because we felt they shared the same vision that we should create an environment that would draw proprietors offering best in class services,” said Jared Kushner, chief executive of Kushner Companies, one of the project’s investors.

Mr. Kushner is the owner of the Observer Media Group, which publishes The Commercial Observer.

Kushner Companies, RFR Realty and Invesco recently closed on the bulk of the 1.2 million-square-foot portfolio–five of six buildings. The partnership had previously agreed to the deal in July.

The five industrial properties have been earmarked as commercial space for Brooklyn’s emerging Tech Triangle, but part of the repositioning process will include the development of retail components at each of the buildings–close to 150,000 square feet in total.

“We see this as an assignment as different than most,” noted Tim King, managing partner at CPEX, who will lead the marketing and leasing efforts. “In a classic assignment, someone has one or two vacancies but we see this opportunity as a chance to work with ownership to create an environment that will be successful in attracting the right tenants–it is almost the creation of a new village.”

Both ownership and the CPEX leasing team have identified a number of optimal retail uses, including food and drink proprietors, gym facilities–such as spinning, yoga and kickboxing–and day care. Additional opportunities will be presented by the 5,000 bikes the portfolio is set to accommodate.

“We want to make it the most bike friendly campus on the East Coast and will need a repair shop and storage facilities,” Mr. Kushner said.

An emphasis will be placed on selecting local, Brooklyn-based businesses, as well as tenants offering unique concepts that will draw visitors from surrounding Brooklyn neighborhoods and Manhattan.

“The goal is to become a destination,” Mr. Kushner added. “If we curate it with the right mix of tenants, we feel we will be able to create a destination that people will come to for a variety of activities.”