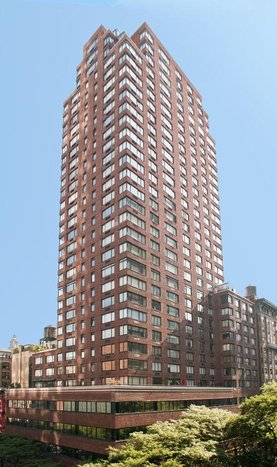 Renovations are paying off at 157 Columbus Avenue, where the Brodsky Organization has recently signed four new tenants to 10-year deals at the Upper West Side office building, The Commercial Observer has learned.

In the largest of the new deals, academic tutoring company Fusion Learning Inc. has signed a 14,319-square-foot lease on the third floor of the building. As reported by The Commercial Observer, the company signed its first lease in New York at 450-460 Park Avenue South late last year. As previously reported by The Commercial Observer CrossFit has signed an 11,116-square-foot lease on the building’s lower lever. “They’re expanding all over the city and thought the area was absolutely perfect for them, an ideal location,” said Andrew Braver, senior associate at Cushman & Wakefield, who represented ownership.

Residential brokerage Citi Habitats has also snapped up space in the building, committing to 8,335 square feet on the second floor of 157 Columbus Avenue. The brokerage will share the floor with Quinlan Development, a real estate investment and development company, which has signed a 5,984-square-foot lease.

After the departure of longtime tenant Walt Disney Co. earlier this year, the Brodsky Organization was on the look out for an occupant of similar pedigree at 157 Columbus Avenue. The building’s Upper West Side location, however, presented some difficulty when marketing space to large scale tenants.

“Based on the market and where the building is located, there weren’t many tenants that showed much interest,” Mr. Braver said. “We reorganized to make the building a multi-tenanted, boutique building on the Upper West Side.”

The landlord has completely renovated the commercial portion of the building, putting in a new lobby, upgrading bathrooms and installing new elevator cabs.

The top two floors of the commercial building—approximately 30,000 square feet—are currently available for lease, asking in the mid-$40s per square foot. The southwest corners of both floors boast views of Lincoln Center.

“We are talking to some tenants right now that want about half of the floor,” Mr. Braver noted. “We may divide them or we may wait for a full-floor tenant.”