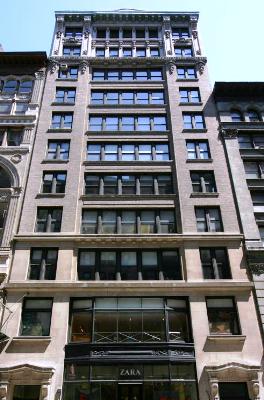 Online advertising platform AdRoll has signed a three-year, 7,080-square-foot direct lease to take over the space formerly occupied by LivingSocial on the fifth floor at 101 Fifth Avenue, The Commercial Observer has learned.

The tenant will pay rent starting in the high-$50s per square foot, according to data from CompStak. The Midtown South office space is San Francisco-based AdRoll’s first New York location.  The company previously announced plans to open a New York office in February of this year and more recently announced the opening of its first European office in Dublin.

AdRoll specializes in online ad retargeting, a technique that aims to attract previous web visitors back to a client’s site. The company, which did not return requests seeking comment, boasts a client roster that includes Skullcandy, American Apparel, Burton, Nestle and Air New Zealand.

Deals site LivingSocial shuttered its office at 101 Fifth Avenue this past summer after ceasing operations of its local events division. Last year, the Washington, D.C.-based company signed a three-year deal at the building with rent starting in the low-$50s per square foot, according to CompStak.