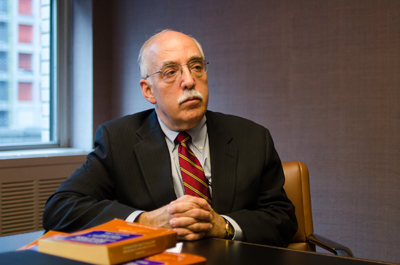 Kaye Scholer Partner and Co-Chairman of the Real Estate Department

Who are the most active international lenders in the current market?

This part of the cycle, things have changed so much that we see lenders of all types. We see banks and life companies loaning money, as we traditionally have seen. Now we see all sorts of lenders, ranging from publicly traded REITs to funds that use privately raised capital to charities. So what we are seeing is not only all these different types of lenders but we see them coming from places as diverse as Asia, the Middle East, the U.K., Europe, South America. It is almost a United Nations of lenders that are all competing for different transactions.

Should we expect to see international banks selling other large U.S. portfolios?

Most of the big U.S. portfolios that we would expect to be sold have been sold. The real estate public thought that there would have been many sales of large European bank portfolios. And, although there were some significant sales, each of those situations was a case-by-case situation. The large portfolio sales occurred where there was political pressure to liquidate a bank or where there were some other compelling business reasons to do a large-scale liquidation. But there are other situations where the portfolios are in good shape.

A lot of the changes have [already] occurred or they have been taken into account. Some of the changes that would have a much more significant effect have been delayed so as to give the banks a chance to stabilize. The purpose of the regulations is to make the banks stronger, not to make them weaker in the short term and force them to collapse.

What is the major regulatory issue that European banks are facing?

That’s the essence. What has hurt a lot of the European banks over the past several years is not as much the regulatory issue as it is their wholesale cost of borrowing. The basic theory is that a bank borrows funds at wholesale and lends them out at retail. And the difference between the retail and the wholesale costs is their profit. But if a bank has questionable credit, when it goes to borrow wholesale, its cost of funds is higher, making its profit lower. And if the profit is too low, they cannot land.