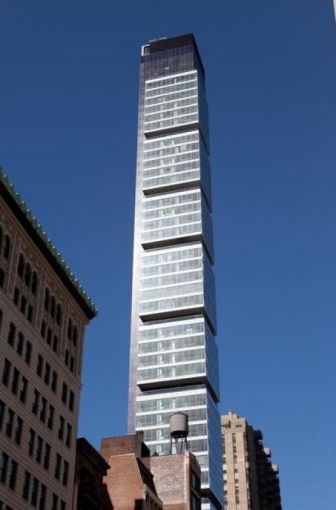 Buoyed by the area’s burgeoning tech scene and growing residential market, the Flatiron/23rd Street Partnership Business Improvement District this morning presented its third annual report to a room of brokers and indicated available commercial space in the district is sparse.

With more than 200 commercial office buildings offering upwards of 22 million square feet of rentable space, Flatiron’s overall vacancy rate sits at just 6.96 percent, with only 1.55 million square feet available for lease. The average price per square foot of that space hovers just below $50 at $49.10.

Home to a growing number of early stage and established businesses, the Flatiron district and the surrounding Midtown South submarket has become the de facto home of New York’s startup and digital media community. More than 220 digital and startup companies call Flatiron home, all supported by the presence of venture capital firms and no less than eight co-working facilities.

From 2007 to 2011, $257 million dollars of venture capital funding flowed into Flatiron start-ups—a tangible representation of the area’s successful fostering of early stage businesses. Further, Flatiron has seen many of its resident start-ups realize success via acquisition.

“Flatiron has some of the most notable acquisitions of the past few years, including Tumblr,” said Askhan Zandieh of ABS Partners, during his presentation, pointing to the blogging service’s $1.1 billion acquisition by Yahoo earlier this year.

Along with the growth of the tech and media sectors has come an increasing residential population. From 2000 to 2010, Flatiron’s population grew close to 8 percent, compared to less than 5 percent for New York overall. By 2015, it is estimated over 246,000 people will call the district home.

These new residents have brought with them spending power. With a median household income of over $90,000, Flatiron boasts nearly $9 billion in annual consumer spending.

In response to the growing community, no less than eight residential and mixed-use developments are either underway or proposed in Flatiron. Chief among them is One Madison, a joint venture between Related Companies and HFZ Capital Group, which recently opened for sales. The 60-story residential condominium project with ground-floor retail—to be completed early next year–will offer luxury living spaces that cost up to $50 million.

“We wanted to create what we thought was the best building downtown,” said Michael Iannacone, vice president at Related, who added One Madison’s pricing was commensurate with other Downtown luxury residences.

Elsewhere in Flatiron, The Witkoff Group, Bruce Eichner and Toll Brothers all have residential and mixed-use projects either under way or in the planning stages at 1107 Broadway, 41 East 22nd Street and 400 Park Avenue South, respectively.