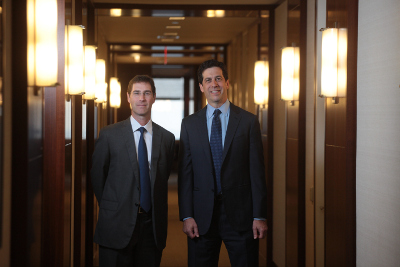 In early July, Jonathan Gray, Blackstone’s global head of real estate, appeared on CNBC in an exclusive interview with the network. Dubbed Most Powerful Man in Real Estate—this ran in a banner during the 12-minute segment—Mr. Gray outlined the strategy behind Blackstone’s recently launched mortgage REIT, Blackstone Mortgage Trust.

With a mid-summer rising of rates at the front of most minds, Mr. Gray explained what, at the heart of it, apart from the Blackstone name, makes the endeavor a safer bet. “Blackstone Mortgage Trust is a floating rate lender,” he told David Faber, the co-anchor of Squawk on the Street. “Rising rates for this vehicle are better.”

The need to underscore this aspect of the business and the need to distinguish commercial mortgage REITs from their residential counterparts is understandable.

A report from SNL Financial on mortgage REITs as a whole, ominously titled  “‘Swath of destruction’ as mortgage REIT book values crumble in Q2,” catalogued what followed a 100-basis-point rise in 10-year Treasury yields over the quarter.

However, it noted that commercial mortgage REITs—such as BXMT and Starwood Property Trust—had been left “mostly unscathed.”

BXMT, which reported its Q2 2013 results July 30, launched in its current form under the auspices of Blackstone, the world’s largest private owner of real estate, in May. Blackstone had completed its purchase of Capital Trust’s investment management platform—CTIMCO—in December of the following year for $21.4 million.

Over the course of several interviews with Mortgage Observer, both before and after the mortgage REIT’s Q2 2013 results were announced, BXMT executives Michael Nash and Stephen Plavin talked about what distinguishes the newly launched platform from competitors like Starwood Property Trust and the process of integrating the Capital Trust team into Blackstone’s offices and culture. Hint: It was both literally and figuratively a short walk.

“In a sense, it’s a very simple business plan,” Mr. Nash said in mid July, high above Park Avenue in one of the firm’s wood-paneled executive dining rooms. “We do first mortgage lending, and it’s by and large a floating rate product. We lend money on a floating rate basis, so as rates rise we make more return. If rates stay where we are, we make the same return.”

Mr. Nash Joined Blackstone in 2007 as a senior managing director, after 10 years at Merrill Lynch, to launch its debt business—Blackstone Real Estate Debt Strategies. He’s the chief investment officer of BREDS. “Historically, the firm in real estate has been an opportunity fund GP manager since 1992, and they had looked at debt investment opportunities off and on for many, many years,” he explained.

At the time, banks weren’t lending, and so the firm saw an opportunity to extend credit via BREDS, which today has in excess of $9 billion of assets under management.

Then, early in 2012, Blackstone expressed interest in expanding its debt offerings and growing the business through an acquisition of the Capital Trust platform, which had been plodding along during the financial crisis. It seemed like a natural fit.