Jewel in the Crown: Brownstoner’s Jonathan Butler Invests in BK 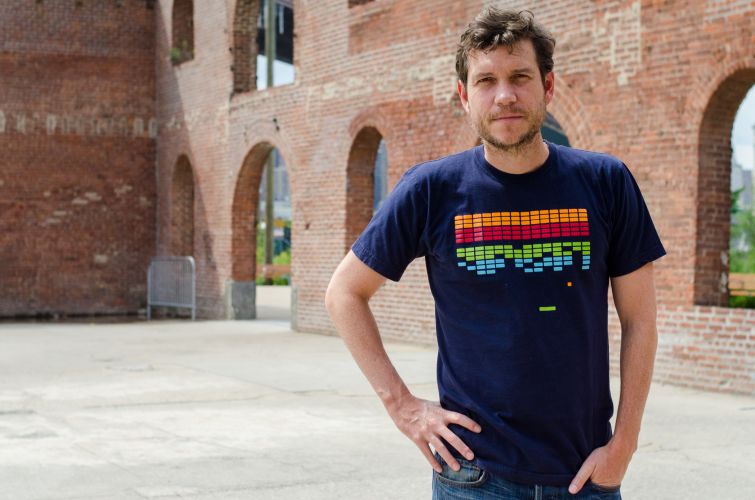 After establishing Brownstoner.com and the Brooklyn Flea, Jonathan Butler has expanded his Brooklyn empire into brick and mortar, acquiring 1000 Dean Street in a joint venture with BFC Partners and the Goldman Sachs urban investment group. The 140,000-square-foot commercial building in Crown Heights will open for occupancy on October 1 and is expected to welcome a mixture of artists, technology firms and nonprofits, offering lower-cost office space for Brooklyn’s entrepreneurial class. Mr. Butler spoke with The Commercial Observer outside his office in Dumbo last week, offering insight into his motivation for acquiring the property and his vision for the future.

The Commercial Observer: Why Crown Heights?

Mr. Butler: First of all, I live about eight blocks from the building, in Clinton Hill. One of the interesting things about the location is that it’s Crown Heights, but it’s very far western Crown Heights—it’s almost Prospect Heights. When I was first conceiving of the project and pitching it, I took out a map and drew a concentric circle at a half mile and a mile from the building, and within a mile you hit all these neighborhoods that have been experiencing incredible booms over the past 10 years. You hit Crown Heights, obviously, but you also hit Bed-Stuy, Clinton Hill, Fort Greene, Prospect Heights—you even touch a little bit into Park Slope.

It just struck me that the creative class that has been flocking to Brooklyn is quite entrepreneurial, and there was no hub of commercial office space anywhere out there. In fact, if you start at the East River, at the end of Atlantic Avenue, and you head east from there, there’s really nothing. There’s Dumbo, and Dumbo’s at about 99.5 percent occupancy right now and getting increasingly expensive for small startups and things like that. For me, there just seemed to be an obvious need for it.

Why this building in particular?

Since I live in the area and since I started Brownstoner in 2004, I had my eyes and ears open. This little manufacturing area between Atlantic and Bergen, and, I think, Grand and Franklin, is M-1 zoned. There hasn’t been much investment in the area, and in my mind, it had a lot of potential because of all the stuff going on around it, and it was relatively cheap because it was zoned M-1 and you couldn’t do anything residential with it. This is by far the biggest property over there.

I had initially not given it much thought because it was so expensive for a first project—it seemed a little ambitious. But, the more I thought about it, oftentimes the larger project is easier to pull off economically because of the economies of scale.

At that time, it priced at about $75 per foot. It’s this beautiful structure, and they don’t make them like they used to. To build it new would have been $200 or $250 a foot, and here it is within a mile of all these neighborhoods, and I knew that from living and breathing Brooklyn that the demand would be there from small businesses and entrepreneurs.

I got the email of the head of the urban investment group at Goldman Sachs and wrote her a short email basically pitching the idea, and she got back to me within an hour, and I was in there talking to her the next week. They were very enthusiastic about it. As part of their mandate—they want to both make money and do good, so I think they very quickly saw the potential for all the job creation that can happen here. I think we are going to end up having 500 people working in that building, whereas when we bought it, it was full of boxes.

What tenants are you targeting?

Targeting is not really the right word. It’s more “build it and see who comes.” I have some ideas who I think the likely audience is, and I think it is people who live within a mile of there and like riding their bikes to work. It’s close enough to Manhattan, but I think the audience is people that live relatively nearby. I think that’s kind of neat, from an economic development standpoint: keeping dollars in the neighborhood.

Crown Heights has experienced rapid gentrification. What do you attribute that to?

I moved to Clinton Hill in 2004-2005, and I think it’s a similar thing. You’ve got an incredible housing style, and there’s also a very solid, entrenched middle and working class. People that have lived there a long time, that own homes and have a stake in the neighborhood. Those are the people who really did a lot of hard work 10 to 15 years ago, getting Franklin Avenue cleaned up to set the stage for a lot of what’s happened. I think the housing stock and the long-term residents make it a very attractive place to move to.

The connectivity to the rest of the city is pretty good, and you’re also right near the Brooklyn Museum and Prospect Park. When you start to look at it from that perspective, it starts to make a lot of sense.

The thing that held it back for a while was there was a lot of crime, and that’s changed a lot.

Was this opportunistic, or was getting into the real estate business a goal?

I’d actually been in the real estate business. In 1999, I helped put together a deal through a joint venture with Time Equities and bought 125 Maiden Lane with them. I had some experience with this.

It’s funny; I actually wrote a post on Brownstoner about this building a year before I started thinking about it for myself. In that post, I put out my thesis on the area and why it was attractive.

I had the real estate background, and I think success often breeds success. Brownstoner went pretty well and the flea market has been a pretty big success, and that helps open doors and gives people confidence your idea might have some merit.