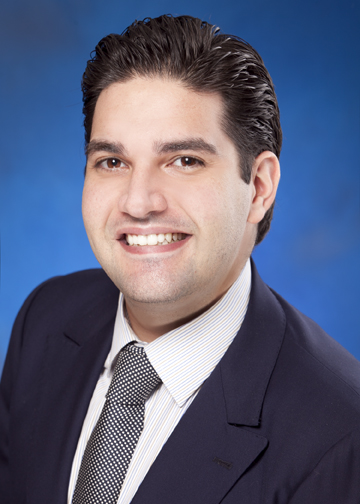 Mr. Khodadadian allegedly sent the (faceless) video to the female intern on April 24, two days before the Manhattan-based commercial real estate firm canned him on April 26, according to the lawsuit filed in New York County Supreme Court.

At 7:53 p.m. comes the video, which Mr. Rubin said goes on for at least one minute, “to conclusion.”

“Entertainment 4 ur alone time,” the sender writes, followed by a winking smiley face with its tongue extended.

A response, purportedly from the teenage intern, comes at 8:15 p.m.

Eastern Consolidated is seeking $1 million in damages for the alleged breach of the company’s policy against sexual harassment, and it claims that the lewd behavior negates a lawsuit filed by Mr. Khodadadian in Nassau County that seeks to recover commissions owed on two Manhattan deals.

“He admitted it to several people at Eastern,” Mr. Rubin claimed. “There’s no dispute.”

But Mr. Khodadadian insisted that Eastern Consolidated and its lawyers have been vague about the allegations and that he had not received a copy of the lawsuit, denying any knowledge of the video and claiming that he and his lawyer “asked them to show us what they have and they won’t show it to us.”

“I don’t know what video they’re talking about,” he said. “All I know is I sued these guys for money they owed me. Then this came up out of nowhere.”

After The Commercial Observer provided specifics regarding the date and time of the incident, as well as the subject matter of the video, he said, “I understand that people say things, but they have to prove it.”

“The truth shall prevail,” he said.

“That’s honestly, absolutely not true,” Mr. Khodadadian said, regarding those allegations. “There’s nothing that I took from anybody.”

The 31-year-old launched Skyline Properties in 2006 after two years at Massey Knakal Realty Services, but he took the job as an associate broker in March of last year, reportedly to work with Adelaide Polsinelli. Ms. Polsinelli did not return calls and emails seeking comment.

“Eastern has a policy that we give brokers who leave – whether on reasonable terms or not – we still give them a percentage of the fees that they earned and we’ve done that with all brokers,” he said. “In this case he did something so outrageous and so hurtful that we think our damages exceed what his commissions would be.”