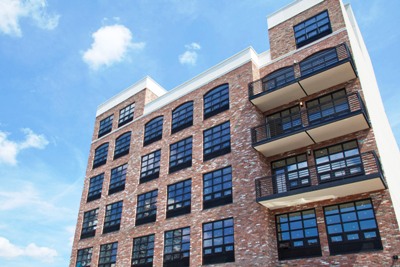 Silverstone Property Group and Adam America Real Estate have sold the mixed use property at 65-69 North 6th Street in Williamsburg for $28.75 million to an undisclosed buyer, the firms announced today. The two companies had developed the site after acquiring it from the previous owner for $4.3 million in 2011.

“We’re pleased with every step of our execution of this project, from start to finish,” said Martin Nussbaum, principal of Silverstone, in a prepared statement.  “The results speak for themselves, in the value we created and then realized through this disposition.” Silverstone and Adam America modified the plans of previous ownership for a 24-unit condo and completed the construction of a 28-unit luxury rental project in 2012. In addition to the residential units, the development includes 4,000 square feet of retail space on the ground floor and 14 off-street parking.

The building, which was 100 percent leased within 30 days of opening, achieved, what were at the time, the highest residential rates in the Williamsburg market—over $65 per square foot.

“The development team identified a stellar Williamsburg location and delivered units that were appealing to our target market, all on or ahead of schedule,” added Dvir Cohen Hoshen, principal at Adam America, in the statement..  “We look forward to further activity in Williamsburg.”

Silverstone and Adam America have teamed up again to develop a 170-unit rental property on North 7th and North 8th Streets in Williamsburg and 70-unit condominium on Water Street in Dumbo.