The Return of Mezzanine Financing 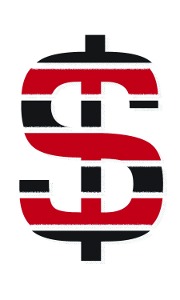 Mezzanine financing, filling the gap between first mortgage lending and the equity that investors have to finance, has returned with a vengeance. As Joshua Stein reported in the April 2013 issue of this magazine, “Today, first mortgage lenders want to lend again, but it’s very much not like 2007 all over again. Proceeds are down, conservatism is up, and many borrowers find themselves with a gap between the equity they’re willing to risk in a deal and the first mortgage financing they’re able to find.” With traditional lenders and Wall Street CMBS offering leverage of 60 to 75 percent, mezzanine lenders allow borrowers to finance between 80 to 90 percent of the capital stack—at rates significantly lower, in certain cases, than in the boom days of 2007. In discussions with a number of mezzanine lenders, pricing can range from as low 6 percent to as much as 14 percent depending on the asset and other circumstances.

“I have seen pricing as low as Libor plus 550 from a bank on a multifamily portfolio in New York City,” said Shawn Rosenthal, an executive vice president at CBRE’s debt and equity finance group. “And from 6.5 percent on a major Manhattan office tower to a high [in the] 12 to 15 percent range. It all depends on risk profile. Major factors in the overall pricing include leverage, last dollar debt yield, geographic market and who the sponsorship is on the deal.”

“We have seen more and more deals being done with mezz rather than equity,” said Matthew Galligan, president of CIT Real Estate Finance. “It seems to me that the rates are unrealistically high still, although the structures have gotten more aggressive. The good news is that mezz is prevalent in deals with market risk, thereby functioning as a buffer to the senior lender’s credit risk.”

“Pricing changes by the amount of leverage. As you scale up in leverage, pricing scales up as well,” he added. “I would say 90 percent financing is still rare, and if it happens, the pricing for the top 5 to 10 percent is equity in nature.”

“There is a significant amount of money that has been raised in the mezz space, and the market has become very competitive as a result,” Mr. Levine said. “We have seen rates compress from the double digits down into the 7 to 10 percent range.”