Experts: Lots of Opportunities for U.S. Investors in European Debt 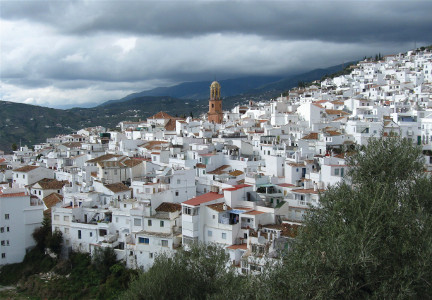 When comparing the re-emergence of Europe’s real estate market with how real estate has recovered in the United States, investors and analysts speaking to The Mortgage Observer often pointed out, to use a baseball metaphor, that Europe today is barely in the first inning. Of course, this metaphor would hardly be appreciated in Europe. Nonetheless, it is fitting, given that even overseas, the game is increasingly an all-American one.

Regulatory capital requirements imposed by the European Union as well as troubled balances are pushing European banks to sell their portfolios of loans while shrinking their real estate lending capacity. The environment—which still looks much like that of the U.S. in 2009-2010—is ideal for American lenders willing to replace the European banks and for American private equity firms and hedge funds taking advantage of the opportunities in the nonperforming loans market.

In 2013, the contraction of the euro zone will affect NPLs, which are expected to reach a euro-era high of 932 billion euros during the year, amounting to 7.6 percent of a total of 12.2 trillion euros in loans, according to an Ernst & Young report. And according to Morgan Stanley, European banks need to sell or refinance 700 billion euros’ worth of NPLs to meet regulatory capital requirements.

According to data from Real Capital Analytics, 84 percent of the buyers of nonperforming loan portfolios in Europe are from the U.S. “It has been predominantly U.S. [investors] acquiring these portfolios,” said Joseph Kelly, a director of market analysis for the EMEA region at RCA. He added that this is “mainly because the size of these deals is so significant, and the expertise required to work them out has been very suitable toward the large U.S. opportunity funds that have both the capital resources and the expertise to take down these loans or these loan portfolios.”

At the beginning of 2013, a Cushman & Wakefield report forecast over 25 billion euros of CRE loan portfolio and real estate-owned sales for the year. Recently, Michael Lindsay, head of corporate finance at Cushman & Wakefield, said that those expectations will be exceeded. “There has probably been a little bit an acceleration relative to what we have expected,” he told The Mortgage Observer.

So far, U.K., Irish and German lenders such as RBS, Lloyds Banking Group and Commerzbank have offered the bulk of the opportunities for American investors. The most active buyers of distressed loans and properties have been private equity firms such as Blackstone Group, Cerberus Capital Management, Lone Star Funds, Kennedy Wilson and Starwood Capital Group.

All over Europe, the competition for distressed real estate is mainly among American teams. There have been many examples just in the past few months. In May 2013, Cerberus outbid Apollo Global Management and Kennedy Wilson to win a Lloyds £325 million ($498.8 million) portfolio of underperforming commercial property loans secured against 180 properties in secondary locations throughout the U.K.