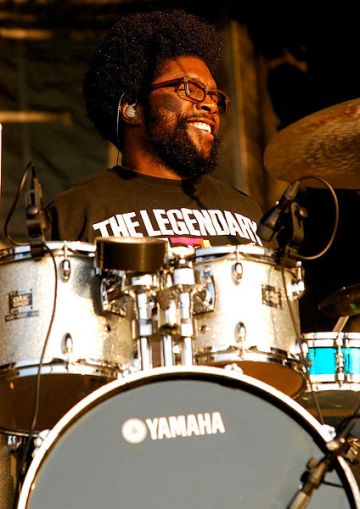 Buffalo Boss, the organic and hormone-free wing shack that counts Jay-Z as an investor, signed a 10-year, 600-square-foot lease at, fittingly, 400 Jay Street in Downtown Brooklyn. And Questlove of The Roots and Late Night with Jimmy’s Fallon‘s house band, has partnered with blockbuster restaurateur Stephen Starr (Buddakan, Morimoto, and a slew of restaurants in his–and Questlove’s–native Philly) on Hybird, a drumstick, dumpling and cupcake purveyor that opens this Saturday at 75 Ninth Avenue in the Chelsea Market. Jay has waded into the food and drink business before, most notably with 40/40 Club, a ritzy sports bar-nightspot (and Beyonce birthday party destination) with outposts in the Flatiron District and the Barclays Center. Buffalo Boss, notes Crain’s, is owned by Hova’s cousin, Jamar White, and has another Brooklyn location at 554 Fulton Street. It also cooks up the “official wings” of the Brooklyn Nets, the hoops team that Jay-Z had a minority stake in until cashing out his roughly .02 percent holding so as to legally begin a career as a sports agent.

Questlove is a relative newcomer to the culinary and real estate worlds, although he has had a fried chicken eating contest with Momofuku emperor David Chang. He also entered into a “food curation” partnership with the Michelin-starred chef Graham Elliot, as Eater reported last year. The unlikely Questlove-Starr collaboration will hawk pricy drumsticks ($41 for a 12-piece bucket), “curry up chicken” dumplings and a Miso Ho-ney cupcake.