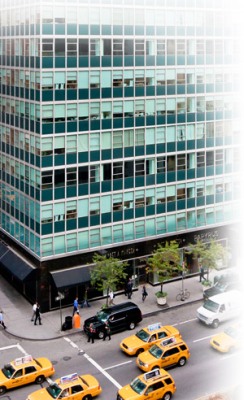 Waterman Interests has signed a 75-year master lease at 400 Park Avenue, it was announced yesterday. Waterman, owner of the leasehold, struck the deal with Benenson Capital Partners, owner of the land. Terms of the deal were not disclosed.

“What was rewarding to us and energizing about the transaction was it was terrific to work on something in a collaborative fashion in a situation when at times it can be adversarial,” Tod Waterman, founder and managing member of Waterman Interests, told The Commercial Observer. Waterman acquired the leasehold in August of 2010 from RFR Holdings in a joint venture with institutional investors. The acquisition, advised by J.P. Morgan Asset Management, was free of debt financing.

“This is far and away our most important investment that we’ve made to date and I think it will continue to be for a very long time by virtue of its location in Manhattan,” Mr. Waterman said.

At the time of Waterman’s acquisition of the leasehold, the remaining term was just 17 years. During ongoing discussions about lengthening the agreement, the operating company completed a number of renovation projects, including replacing the 21-story building’s elevators.

Now that a long-term master lease has been secured, Waterman plans to continue improvements, including making additional physical plant improvements and replacing and renovating the building’s entry. Additionally, the landlord is working with tenant City National Bank to complete construction of its retail branch and second floor space.

Constructed in 1957, 400 Park Avenue, is currently 70 percent occupied, with availability on floors three through five, 19 and portions of the sixth, eighth and 12th floors. The layout of the building is particularly well suited to financial services firms.

“This building by virtue of its location and the infrastructure we have enhanced is really catering to the private equity, hedge fund and private bank sector,” Mr. Waterman noted.

As reported by The Commercial Observer, Malayan Banking Berhad expanded at 400 Park Avenue last year. The company moved into the 14,812-square-foot 11th floor after previously subleasing a portion of the ninth floor.

In May of last year, Waterman Interests, also in joint venture with J.P. Morgan Asset Management-advised institutional investors, sold 130 Prince Street in Soho to Invesco Real Estate for $140.5 million. The 88,000-square-foot property had been acquired for $112 million in 2007.