Cohen Commercial Properties has acquired a 12,212-square-foot, two-tenant, retail property at 1800 Williamsbridge Road in the Bronx for $11.425 million, The Commercial Observer has learned.

“It is a conservative investment, but it’s in an area that currently and in the longer term is going to appreciate in value,” Andrew Cohen, chief executive officer at CCP, said of the acquisition.

Located on the corner of Williamsbridge Road and Morris Park Avenue, the property is currently occupied by a 4,669-square-foot Citibank branch and a 7,543-square-foot Walgreens location. Walgreens is under long-term lease, according to Mr. Cohen, while Citibank has a shorter term commitment.

“We feel [Citibank’s] rent is substantially below market,” Mr. Cohen said. “Long term, that’s where the upside is, recapturing that space and replacing Citibank with a tenant paying market rate or getting Citibank to pay market rates.”

CCP’s portfolio consists primarily of retail properties across nine states, but Mr. Cohen is currently selling off many of those to finance acquisitions in the New York metropolitan area. After recently selling a property in Florida, CCP reinvested the capital in the Williamsbridge Road acquisition.

“We are going to pick up the acquisition pace this year,” Mr. Cohen said. “We have another acquisition teed up right now; hopefully we can get that done in the second quarter.” The potential acquisition is located in Manhattan, according to Mr. Cohen, who declined to provide further details.

CCP is also planning to work with office and residential developers going forward, making a commitment to purchase the retail component of future projects. 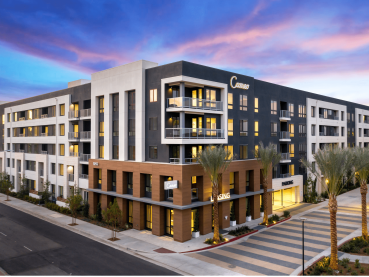