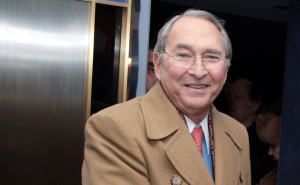 New York real estate veterans from Richard LeFrak to Sheldon Solow were featured on Forbes‘ annual list of the world’s billionaires. In total, 1,426 individuals made the list with a combined net worth of $5.4 trillion.

Richard LeFrak was the highest-ranked New York real estate titan on the list, at number 225 (number 69 in the United States), with an estimated net worth of $5.4 billion. Mr. LeFrak was number 63 on the 2012 Forbes 400 list of the richest people in America.

Stephen Ross followed, ranked at numbers 286 and 90 in the world and United States, respectively. Mr. Ross, who stepped down as chief executive of Related Companies in 2012, has an estimated net worth of $4.4 billion. He was ranked 83rd on last year’s Forbes 400 list.

Sheldon Solow, who recently sued a number of major investment banks over fixed income losses, features on the list at number 363. Mr. Solow, with an estimated net worth of $3.7 billion, ranked number 120 in the U.S., down from 113 in the 2012 Forbes 400.

Jerry Speyer and Donald Trump were locked together at number 423 on the list, both with an estimated net worth of $3.2 billion. At number 139 in the U.S., both Messrs. Speyer and Trump fell from their Forbes 400 rankings, 132 and 128, respectively.

No one on the New York real estate list, which also featured Mortimer Zuckerman and Leon Charney, could match Donald Bren of Newport Beach, CA. Mr. Bren, chairman of the Irvine Company, was ranked 69th on the billionaires list with an estimated net worth of $13 billion. Mr. Bren’s wealth ranked him 26th in the United States, down from number 24 on the 2012 Forbes 400 list.