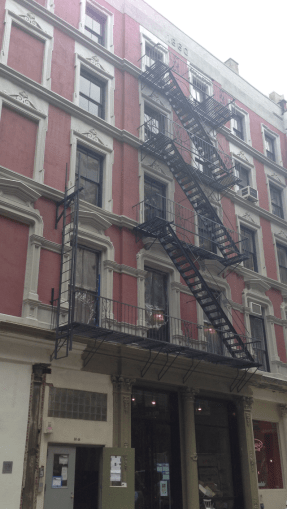 The lease, along with a string of others to hit within a two block radius, indicates that prime SoHo’s apparel retail explosion may be pushing outward, as the types of retailers typical along Prince and Spring streets pop up further south.

“It’s an interesting trend,” said Dario Zar of Zar Property NY, the landlord at the property.  “Our retail vacancies in the past were primarily targeted towards furniture and home retailers, but it’s definitely shifting towards apparel now.”

“For over 35 years, Gudrun Sjödén has been inspiring women around the world with colorful fashion and homeware in unique designs and natural materials,” the retailer said in a prepared statement.  “Today, the company has customers in 49 countries through concept stores as well as its web shop.  And now, finally, it’s time for a colorfully green flagship store in New York – where else than on Greene Street in SoHo.”