East Bushwick Development Site Could Be Catalyst for Change

A 105,000-square-foot development site surrounding the Weirfield Coal Company site at 386 Weirfield Street in East Bushwick is on the market for $8.5 million, creating an opportunity for a huge residential development in a neighborhood that is evidently next in line for the gentrification pushing south through northern Brooklyn along the L subway line.

It started with the Bedford stop in Williamsburg.  More recently it took hold along the Jefferson and Morgan Avenue stops in northern Bushwick.  Now “it’s just a matter of time” before changes grip the area surrounding the Halsey Street subway stop, said Massey Knakal Director of Sales Michael Amirkhanian, who is exclusively marketing the site.

“It doesn’t take a rocket scientist to see that this is moving further south,” he said. Roughly 87,000 buildable square feet of the 105,000-square-foot site, which stretches across four blocks – Wyckoff and Irving avenues to the north/south, Jefferson Avenue and Eldert Street to the east/west – is zoned for residential development.  The balance of just under 18,000 square feet is zoned for commercial use.

“A developer with vision who sees the movement flowing southeast will go in and create some new apartments… the hope is that the developer also has a vision for commercial use,” Mr. Amirkhanian said.

The working class neighborhood with a large commercial warehouse component has yet to see the development happening further north along Bushwick’s two main retail hubs, clustered around the Morgan Avenue and Jefferson Street stops.

But although the exciting retail and residential components that helped spur that growth are mainly absent, with even Mr. Amirkhanian calling it “very early” in the gentrification process, it’s not unlike the situation seen further north just a few years ago, as a rush of artists and young couples begin to swarm in.

“I think it would be very successful,” said Matthew Cosentino, vice president of investment services at TerraCRG, who specializes in the Bushwick and Bedford-Stuyvesant neighborhoods in Brooklyn.  “You would get strong pricing and tremendous interest.  I don’t think you could go wrong in that location… the number of young people moving into that area is unfathomable.”

The recent success of the resort-like loft apartment building at 550 Irving Avenue, just a few blocks away from the Weirfield site, which features an indoor heated swimming pool among a long list of amenities, is a testament to that, showing that developers with deep enough pockets and a healthy dose of optimism are willing to invest in an area that up until now experienced a dearth of large-scale residential or retail development.

“Dropping a few of these types of projects totally changes the market dynamics of not just retail rents but the kind of shops that are there, the kind of restaurants that are there, and even how the locals feel about this implosive gentrification that’s happening,” said Noel Caban of Winick Realty Group’s retail leasing division.

In addition to Williamsburg, Mr. Caban pointed to DUMBO and Long Island City, which ten years ago he would have called an “industrial wasteland,” as shining examples of once-industrial neighborhoods that now boast high-end condos and residential complexes.

“This was literally ugliness,” he said about LIC.  “Now you’ve got Beamers and Lexuses all over the place… it looks like Manhattan.”

Though the retail catalyst has been mostly absent around the Halsey stop up until this point – the monster shopping center or grocery store, for example – and he believes it’s a bit too early to start talking luxury condos in the area, Mr. Caban does envision the “implosive gentrification” ultimately hitting the neighborhood.

“Artists come in and sort of establish the enclave.  That’s what’s been happening in East Bushwick,” he said.  “Then clubs follow, the night life picks up, and by default it becomes a hot place to be.  And once that word of mouth catches on, the local guys start buying up buildings.  And it kind of ripples on from there.”

Mr. Amirkhanian said the Weirfield portfolio will likely become a rental complex with mid-range prices.  “There just aren’t that many options for people who want to live in Brooklyn,” he said.  “This will give them that, with new, modern apartments at affordable prices.”

For how long prices in the neighborhood will remain affordable is an entirely different question. 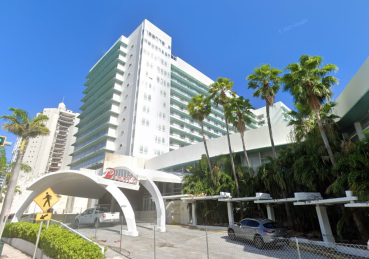 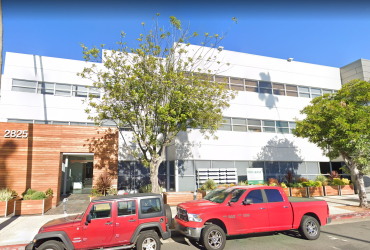